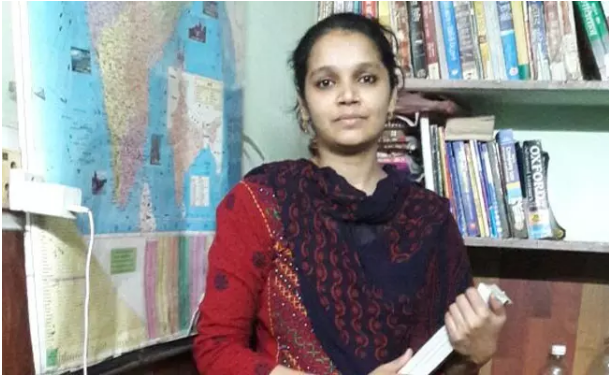 With 12th rank, Rumana – who has graduated from Aligarh Muslim University (AMU) – has secured the best position among the Muslim candidates.

While UP’s Sambhal resident Naghma Khan has got 29th rank, Samina – who is from the same district – has secured 34th rank in the prestigious examination to enter into judicial services in the state.

All these successful women have different stories of sacrifice, hard work and firm determination to achieve their goals.

Daughter of an engine mechanic, Naghma has done masters (LLM) from Jamia Millia Islamia in New Delhi. She has earlier been invited for lectures in Australia, Switzerland and Japan.

Talking about his daughter’s success, Mubeen Khan says, “It is like a dream come. Naghma has proved where there is a will, there is a way. She can be an inspiration for many daughters who have potential and want to achieve something in life.”

She is privileged to have an educated family background. She got all the support she needed during studies. Her father Jameel Ahmad was an employee of UP Secreteriat and her brother Mohsin Jameel is a Deputy SP in the state police.

She comes from a Rajput Muslim family at Hapur in western Uttar Pradesh where female literacy rate is extremely low.

She got all the support from her father Rauf Ahmad and brother Samiullah Khan who studies at Jamia Millia Islamia.

She was posted at Bulanshahr as the Assistant District Prosecution Officer (ADPO). She prepared for the judicial services examination without any specialised coaching while doing her.

She is from Eatah and her father Noorul Hasan was an administrative assistant with the district court.

She is quite active on social media and runs a page titled ‘Our Dream PCS J’ on Facebook.

Muzaffarnagar resident Anjum grabbed headlines of almost newspapers after the result was declared. She lost her father – who was gunned down 25 years ago by goons for raising voice against extortionists – when she was just four year old.

Her father, who had a hardware shop, wanted to see her as a judge. To fulfill his father’s dream and pay tribute to the departed soul, Anjum’s brother took the financial burden of the family on his shoulder.

He did not marry to ensure that her sister faces no economical hindrance in her preparations.

Kisa Zaheer from Lucknow was ranked at 74th, Arshi Noor from Etah at 117th and Anjum Saifi from Muzaffarnagar at 159th positions.