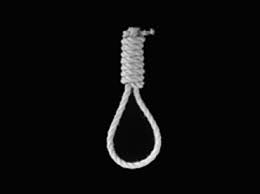 Four of the hangings took place in public and three were carried out in Adel Abad prison in Shiraz.

Two more prisoners, convicted of armed robbery, were also due to be hanged in public, the news agency said. Mehr did not identify the convicts.

Human rights activists believe hundreds of people have been executed in Iran in recent months.