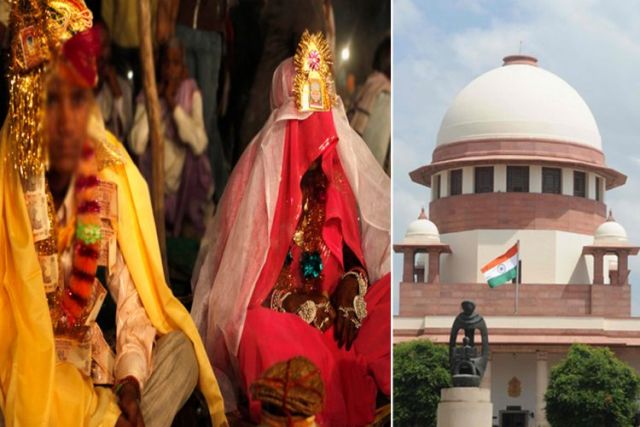 New Delhi : The Supreme Court on Wednesday said sex with wife below 18 years of age is rape, striking down the provision of criminal law that permitted sex with wife aged between 15 and 18.

The husband is liable to be prosecuted if the woman files a complaint within a year of the sexual act, the Supreme Court said.

The landmark order comes at a time when the apex court is already hearing petitions calling for marital rape to be declared crime and a debate over the age of consent.

The court, however, made it clear that it was not saying anything on the larger issue of marital rape even though the verdict would have a prospective affect on that.

Rape and child marriage laws of India disagree on age of consent. Section 375 of the Indian Panel says sex with a girl less than 18 is rape but it makes an exception allowing sex with wife who is 15 or above, saying it is not rape even if it is without her consent.

A bench of Justice Madan B. Lokur and Justice Deepak Gupta — in separate but concurring judgements — said the exception was “arbitrary, discriminatory and capricious”.

Justice Lokur said the exception has no rational nexus with the objective sought to be achieved by the different statutes.

Describing as artificial the distinction between minor girl and a minor girl in child marriage, Justice Lokur said it was contrary to the philosophy of many statutes like Prohibition of Child Marriage Act and Protection of Children from Sexual Offences Act.

The court also urged the Centre and the state governments to take proactive steps to discourage child marriages.

Justice Gupta said the exception carved out in Section 375 of the Indian Penal Code was violative of Article 14, ArticLe 15 and Article 21 of the Constitution.