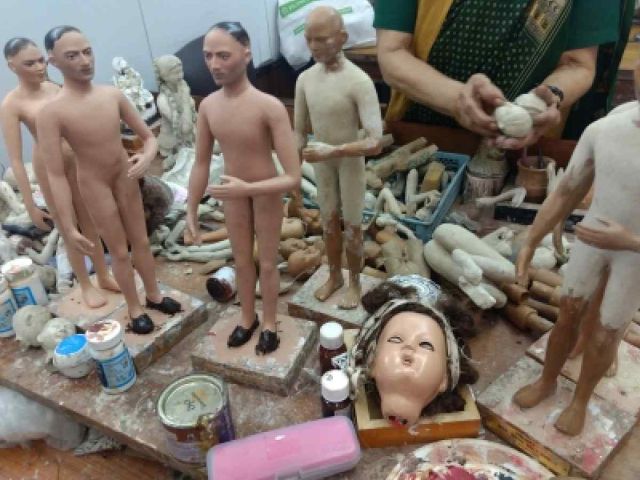 New Delhi : At a time when younger people are privileging smartphones, television and video games over other sources of entertainment, a nearly 55-year-old museum housing thousands of dolls from across the globe is still maintaining its old-world charm and attracting not only children and teenagers, but also visitors of all age groups — not surprising, as it actually transports you into a world where you can forget the woes of the present.

With over 7,500 dolls on display, Shankar’s International Dolls Museum in the capital not only entertains children but also teaches them about art, culture and costumes of different countries of the world. It is also one of the best places to learn about the diversity of Indian culture.

The footfalls in the museum may not have increased over the years — but they have not declined either, according to Shanta Srinivasan, Advisor, Shankar’s International Dolls Museum and Dolls Designing Centre and Workshop.

“On some days we get 500-600 children. The number varies. During the exam season, there are fewer people, but the number goes up during the holidays,” Srinivasan told IANS.

The idea of a dolls collection was born when eminent political cartoonist and journalist K. Shankar Pillai, better known simply as Shankar, received one as a gift from the Hungarian Ambassador in the early 1950s.

“Shankar fell so much in love with the doll that he began to collect costume dolls whenever he visited any country. Soon, he was able to collect a good number of dolls as his visits to foreign nations were frequent. He was part of the media delegation that accompanied Jawaharlal Nehru, the then Prime Minister,” Srinivasan explained.

He began to exhibit the dolls across the country after he was able to collect a good number, but the frequent packing and unpacking was damaging the dolls.

“Packing of dolls should be done in an expert way,” Srinivasan said.

“Nehru, who was also a good friend of Shankar’s, visited one such exhibition when Shankar told him about the damage to the dolls due to frequent packing and unpacking,” she said.

“He suggested the idea of a permanent space for the dolls and that is how the museum was set up,” she added.

The museum is located in Nehru House on Bahadur Shah Zafar Marg in the building that houses the Children’s Book Trust, also set up by Shankar.

The museum began in 1965 with 1,000 dolls. Now there are more than 7,500 from over 85 countries. The museum has the largest number of costume dolls anywhere in the world. The latest addition to the collection are dolls from Korea, Indonesia and Vietnam.

Divided into two equal halves, one section of the museum is dedicated to Western countries like the UK, the US, Australia and New Zealand, as also the Commonwealth of Independent States — and the other half to Asian, African and Middle East countries, as also India.

“When Madame Tito of Yugoslavia visited the museum, she felt her country was not properly represented. So, she went back and gifted a set of dolls, of which some were exclusively made for the museum. And like this, several other countries also gifted dolls to the museum,” Srinivasan said.

Apart from those gifted, and dolls received in exchange, there are a good number of dolls made at the workshop attached to the museum, including authentic Indian dolls in traditional attire.

The dolls are sent as “return gifts” for the dolls gifted by various countries.

“In the workshop, we take care of the detailing of the dolls. Each doll is different and a lot of research is done before adding details. No two dolls will have same features, although the frame we use is the same to maintain a standard size. We put a lot of effort into minute details — including physical attributes, dress, features and jewellery. We also make dolls on special order,” Srinivasan said.

Some of the prominent people who visited the museum are: U Thant, the then Secretary General of United Nations, Madame Tito of Yugoslavia, Queen Frederika of Greece, the Queen of Thailand, the sister of the Shah of Iran, the wives of the Presidents of Mexico and Indonesia, of the Prime Ministers of Poland and South Korea and the UN Secretary General and cultural delegations from many countries.

Although the footfalls in the museum has remained unchanged, the number of children coming to the Dr. B.C. Roy Children’s Reading Room and Library — dedicated exclusively to children — has gone down drastically.

“The footfall in the library has gone down. Earlier, children used to come here for reference work for different projects during their holidays. Now, all the information is available online,” Srinivasan said.

“The tickets to the museum are very low. Shankar never wanted to have tickets, but we need money to run the place,” Srinivasan said.

Over 700,000 Arabs throng to largest musical event in Saudi Arabia