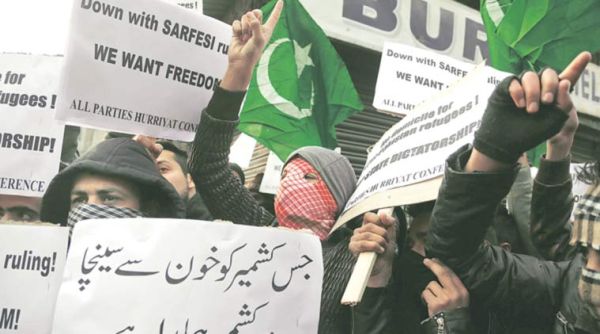 As another agitation looms over Jammu and Kashmir over the alleged government-induced demographic change — through the issuance of identity certificates to the mostly Hindu West Pakistan refugees — Census figures show the overall religious make-up of the state remains almost exactly similar to what it was 50 years ago.

The changes in demography are a contentious issue in Jammu and Kashmir. The separatists and the government have often engaged in divisive debates on J&K’s demographic profile, drawing sections of the population into agitations and street protests, and fanning fears that the state’s unique position under the Constitution is under threat.

The pre-Independence Census of 1941 recorded Muslims as constituting 72.41% of the population, and Hindus 25.01%. Thereafter, the proportion of Muslims in the state’s population fell gradually until 1981, when it bottomed at 64.19%, even as the Hindu population peaked at 32.24%.

Jammu and Kashmir originally had 14 districts — 6 each in the Kashmir and Jammu divisions, and 2 in Ladakh. Ten of these districts were Muslim-majority — 6 in Kashmir, 3 in Jammu and 1 in Ladakh. Three districts had a Hindu majority and 1 had a Buddhist majority.