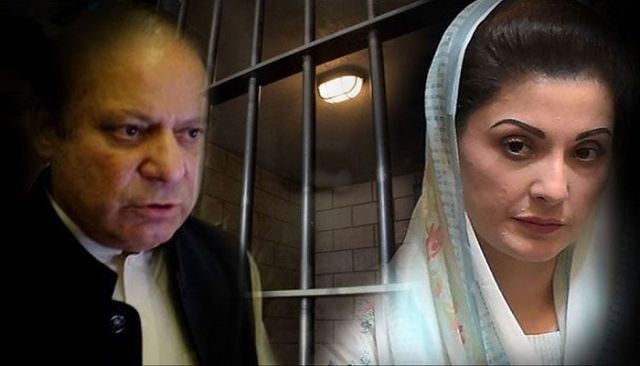 The decision means that Sharif, until recently the leader of the Pakistan Muslim League-Nawaz (PML-N), will remain in jail along with his daughter and son-in-law during the July 25 general election.

The three had filed appeals in the court on Monday, challenging their convictions in the graft case related to their ownership of four luxury flats in the UK.

The hearing on the pleas filed by the Sharifs will now take place after July 25, Dawn online reported.

The pleas were against the conviction and seeking the suspension of the Sharif family’s sentences and transfer of the pending two references against them. Three appeals were filed on behalf of the former Premier and two each on behalf of Maryam Nawaz and Safdar.

The court issued notices to the National Accountability Bureau (NAB) in all three petitions filed by Sharif. It also said no to suspending the conviction in the case until the appeals were decided.

On July 6, the three-time Prime Minister was sentenced to 10 years in prison for holding assets beyond known sources of income. His daughter was handed a seven-year sentence while her husband was sentenced to one year’s imprisonment.

The sentence was given in Avenfield properties reference – one of the three references filed on the orders of the Supreme Court in July 2017 Panamagate verdict.

Earlier, the presiding judge of the accountability court hearing corruption cases against members of the Sharif family recused himself from continuing the trial in the remaining two references.

Judge Muhammad Bashir wrote to the IHC and excused himself. In the letter, the judge stated that he decided not to pursue the remaining references — the Al-Azizia Steel Mills and Flagship reference cases — and if the IHC deems fit, the high court may transfer him.

Judge Bashir also told the high court that he had no objection if the cases were assigned to another judge. The court is yet to decide on the transfer of cases.

The judge also mentioned Sharif’s counsel Khawaja Haris’ reservations against the trial. Haris stated that Bashir “acted in utter breach of the principles governing the interpretation of penal statutes as consistently laid down by the Supreme Court”.

Sharif and his daughter were arrested in Lahore on July 13 on their arrival from London.