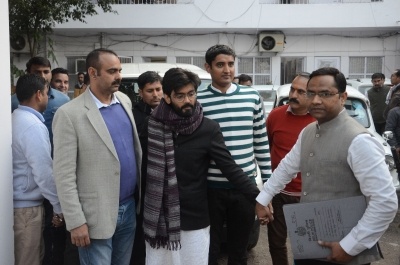 Imam, whose three-day police custody ended today, was nabbed from Kako in Bihar’s Jehanabad district on January 28 for allegedly making seditious and inflammatory speeches against the proposed National Register of Citizens (NRC).

Following this, he was sent to police custody for five days which was further extended by three days on February 3.

The Crime Branch had registered a sedition case against him on January 26 for delivering a provocative speech on January 13 after its video went viral. Subsequently, he went into hiding and the police launched a manhunt to nab him.

In a purported video, Imam was seen talking about splitting the North-East from India to block the implementation of the NRC.