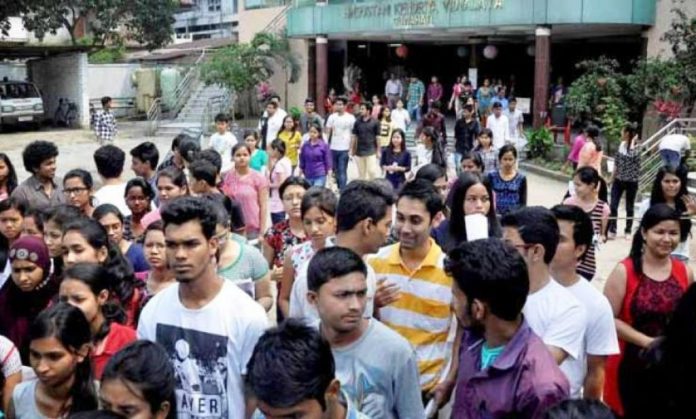 Gujarat Secondary and Higher Secondary Education Board, the results of which were declared here on Tuesday. but Shocking part of results not a single student from as many as 63 schools managed to clear the Secondary School Certificate examinations.

He informed that not a single student from as many as 63 schools could pass the board exams, while 366 schools posted cent per cent results. Only 17.23 per cent of the repeat candidates passed the examinations, where as often, girls outshone boys with 72.64 pass percentage as against 62.83 per cent of the latter, Shah said.

English-medium schools saw the highest passing percentage at 88.11, followed by 72.66 per cent of Hindi medium students and those from Gujarati medium reported the lowest at 64.58 per cent.

The overall pass percentage was 66.97 per cent, slightly lower than 67.5 per cent of last year.