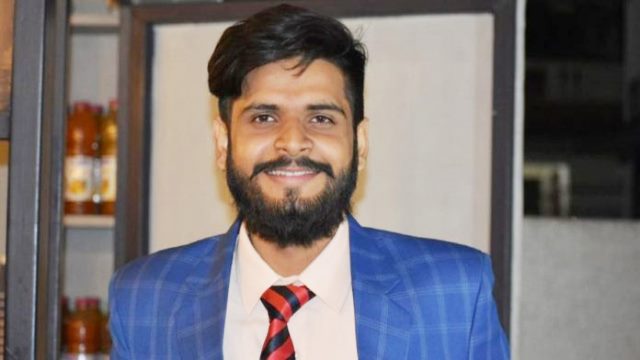 He stated that policies like CAA and Article 370s abrogation are targeting the secular fabric of India and that it is particularly hard for a Muslim to survive with dignity in this country.

Shubham Yadav, a 21-year-old youth from Alwar, Rajasthan, has topped the all India entrance exam for a Masters course in Islamic studies at the Central University of Kashmir (CUK).

He said he was attracted to learning about Islam due to the “growing Islamophobia and religious polarisation across the world”.

“Due to excessive political weight at the right wing side there is a lot of polarization and resultant Islamophobia which concerns me the most,” he said in an interview with The Outlook.

He added that policies like CAA and Article 370s abrogation are targeting the secular fabric of India directly and Muslims are in a state where being quiet makes their survival hard and speaking up makes them anti-national. “Nationalism is on sale,” he stated.

Yadav, who is a civil service aspirant, was attracted to the subject also for the reason that he thinks Islamic studies is scoring subject in civil services exams.

He became the first non-Muslim and non-Kashmiri student to top the entrance exam for the aforementioned but he thinks it is not a big deal.

”I have been getting several calls, including from journalists, who thought it was a big deal to crack the entrance exams. It really isn’t. It’s like any other subject dealing with law, culture and behaviour,” he said.

Soon after the results were announced, Prof. Hamidullah Marazi, the head of the CUK religious Studies Department called Yadav and congratulated him for his outstanding success.

“It is the first time that someone from outside Kashmir has topped the list. Not that identity should matter, but students taking interest in studies to explore different cultures is a welcome step,” said Marazi, adding that he is hoping Yadav decides to study in Kashmir.

Yadav may not adopt the course as he is awaiting the results of many other entrance exams. His first preference is to pursue law at the prestigious Delhi University. Results for Delhi University’s law programme entrance will be declared on 18 November.

His father runs a small business in Rajasthan and mother is a history teacher. He said they are “very liberal when it comes to my education”.

“They have been happy with my results and have clearly told me to pursue whatever field I like. If I am not able to crack DU exams, Central University of Kashmir will likely be my go-to place. Religious and study of Islam is something that I will pursue irrespective of the field I am in,” he added.