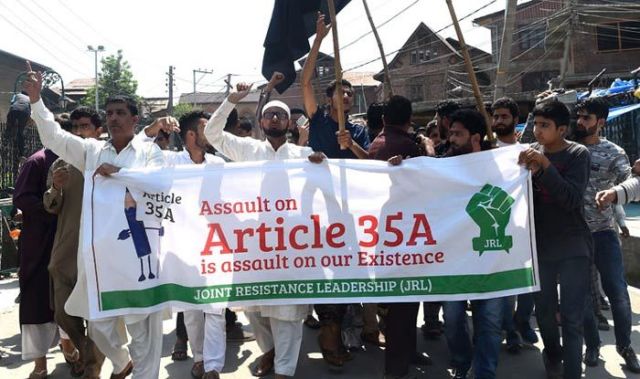 Srinagar : Life across the Kashmir Valley was adversely affected on Friday by a separatist-called protest shutdown to voice support for Article 35A.

All shops, public transport, other businesses and educational institutions remained closed in Srinagar and other places in the valley.

Attendance in government offices, banks and post offices was badly affected because of non-availability of public transport in the city and other districts of the valley.

Post-graduate entrance exams have already been rescheduled because of the shutdown. Rail services between Baramulla and Bannihal towns were also suspended for the second consecutive day.

Heavy deployments of police and paramilitary forces have been made in areas placed under restrictions and other law and order sensitive places in the Valley.

Article 35A of the Constitution empowers the Jammu and Kashmir legislature to define the states ‘permanent residents’ and their special rights.

It has been challenged in the Supreme Court through a bunch of petitions being heard by a three-judge bench on Friday.