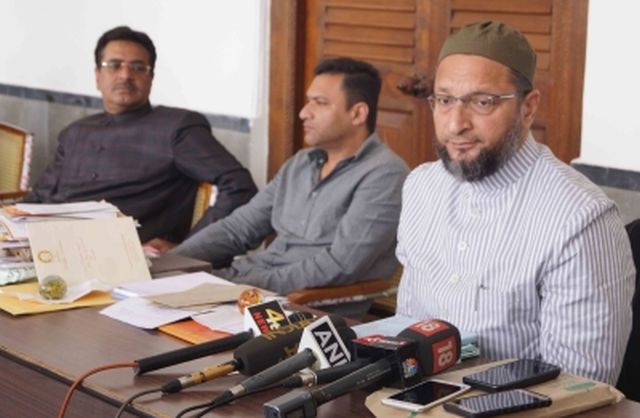 New Delhi : AIMIM chief Asaduddin Owaisi on Tuesday referred to the religion of soldiers killed in Sunjuwan Army camp terror attack and questioned the “silence” of those raising questions about the patriotism of Indian Muslims.

“Five of the seven killed in the attack (on Saturday) were Kashmiri Muslims. Now, everybody is silent on their sacrifice,” Owaisi said, asking “why such silence on this issue?”

“Everyday, at 9 p.m. on television (debates), the nationalism of (Indian) Muslims is questioned. Questions are also raised on the Kashmiris.”

The Hyderabad MP said the people “who question the integrity of Muslims and those who call Muslims Pakistanis” will have to take a lesson from this.

“We (Muslims) are giving our lives… terrorists are killing us too as they are not discriminating on the basis of religion. They treat everyone as Indian. But there are many people in the country who still question our integrity,” Owaisi said.

“These are very unfortunate remarks from a person elected to Parliament and who has taken oath under the Indian Constitution. He always looks at areas where he can divide society on communal lines,” Singh said.

“So far as our martyrs are concerned, they have sacrificed their lives for the country. We don’t see these martyrs as Hindus, Muslims, Sikhs or Christians. They are martyrs of the nation,” he added.

CPI leader D. Raja however backed Owaisi. “I think it is an answer to the people who are questioning the patriotism or nationalism of the Muslim community.”

Seven persons, including six soldiers, were killed in the terror attack on the Army camp. Three militants involved in the attack were also killed in offensive by the security forces.