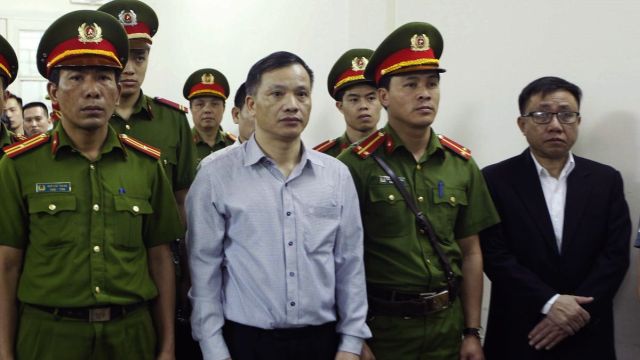 Hanoi : Six human rights activists in Vietnam have been sentenced to between seven and 15 years in jail, in a move condemned by the US as part of a “disturbing trend” by the country’s authorities to restrict fundamental freedoms, authorities said on Friday.

According to the state-run Vietnam News Agency, the Hanoi People’s Court on Thursday gave the longest sentence to human rights lawyer Nguyen Van Dai, for “trying to overthrow the people’s administration”, reports CNN.

The judgment comes amid a wider government crackdown on peaceful dissent that has seen several bloggers and human rights activists given long jail sentences in the last 12 months.

“Individuals have the right to the fundamental freedoms of expression, association, and peaceful assembly, both online and offline,” said US State Department spokesperson Heather Nauert in the statement.

“The US is deeply concerned by the Vietnamese government’s efforts to restrict these rights, through a disturbing trend of increased arrests, convictions, and harsh sentences of peaceful activists.”

The six activists are members of the Brotherhood for Democracy organisation founded with the aim of defending human rights and promoting democracy in Vietnam, provides legal support for peasants, workers and activists inside and outside the country.

The group participated in protests against toxic spills and China’s growing influence in the region, and offered humanitarian help such as providing assistance for victims of natural disasters and for veterans with disabilities, reports Efe news.

Dai, arrested in December 2015, has already served four years in prison after having been convicted in 2007 for spreading propaganda against the state.

The sentence was delivered a day after Amnesty International released a report revealing that there are at least 97 prisoners of conscience in Vietnam, claiming that many of them are held in solitary confinement and some subjected to torture.

Amnesty also said that in 2017 the Vietnamese authorities intensified the persecution against what they perceive as dissidents and tightened control over the internet and social media.

Nationwide condemnation against the arrest of rights defenders