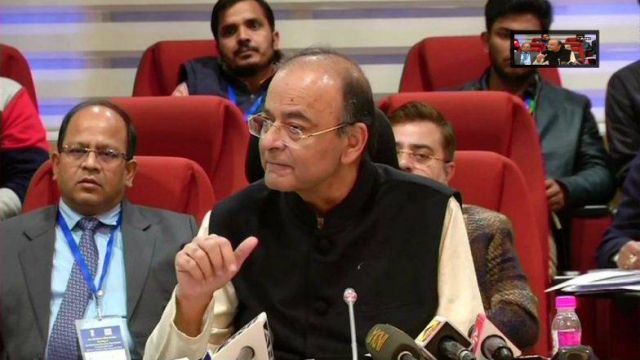 New Delhi : Finance Minister Arun Jaitley on Saturday said that six items have been removed from the 28 per cent tax bracket under the Goods and Services Tax (GST) regime.

There were 34 items in the 28 per cent tax bracket which included luxury and ‘sin goods’ till now. However, the GST Council in its meeting on Saturday decided to take out 6 items from this list.

Only 28 items now remain in the 28 per cent GST tax bracket.

Differences either get settled or Governors make way: Jaitley