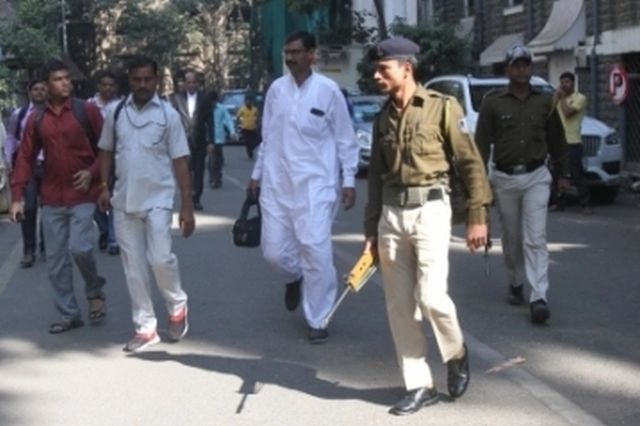 Mumbai : The entire CBI investigation in the politically sensitive Sohrabuddin Shaikh-Tulsiram Prajapati and Kausar Bi’s alleged encounter killings case was targeted “to act upon a script” and “anyhow implicate political leaders”, the case judgement delivered on December 21, and made available on Friday, said.

“The entire investigation was thus targeted to act upon a script to achieve the said goal and in the process of its zeal to anyhow implicate political leaders, anyhow the CBI created the evidence and placed statements purported to have been recorded under Sec.161 or Sec. 164 of the Cr.PC of witnesses in the chargesheet,” said Special CBI Judge S.J. Sharma in a strong indictment of the CBI.

“It clearly appears that the CBI was more concerned in establishing a particular preconceived and premeditated theory, rather than finding out the truth,” said Special Judge Sharma.

Mauling the CBI, the judgement said the statements of the witnesses were wrongly recorded as part of the probe, “I have no hesitation in recording that during the investigation of these offences, the CBI was doing something other than reaching the trutha”

He said that the “premier investigating agency like CBI” pursued its theory and a script to somehow implicate political leaders, and “thereafter, did what was required to reach that goal, rather than conducting an investigation in accordance with law.”

In his final order, the Special Judge said that when he referred to witnesses having ‘turned hostile’, it meant that they didn’t depose as per their respective statements recorded by the CBI.

“However, I had the occasion of seeing the deposition of the witnesses while they were in the witness box in this court which clearly reflected that they were speaking the truth before this court,” Special Judge Sharma said.

In this context, the Special Judge referred to his predecessor (ex-Special Judge M.B. Gosavi), who while giving a discharge to the accused No. 16 (referring to Bharatiya Janata Party President Amit Shah) “clearly recorded that the investigation was politically motivated.”

However, merely for the sake of record, the accused cannot be punished holding them guilty on moral or suspicion grounds and “I have therefore no options but to conclude that the accused are not guilty and are to be acquitted,” ruled Special Judge Sharma, in his last major judgement before retirement this month.

Special Judge Sharma noted that the (witnesses’) statements would not withstand the judicial scrutiny of the court and the witnesses whose statements were purportedly recorded (by CBI), “deposed fearlessly before the court”, clearly indicating that the earlier purported versions were wrongly recorded by CBI to justify its script to implicate politicians.

He also noted the “negligence of the CBI” towards the material parts of the probe, which clearly indicated that “they hurriedly completed the investigation” by using replica of the earlier recorded probe and implicated police personnel who had no knowledge of any conspiracy at all, “rather they appeared innocent.”

There were a total of 38 accused in the Sohrabuddin and Prajapati alleged fake encounter cases of 2005 and 2006, besides Kasuar Bi’s disappearance, rape and murder in 2005.

Among them, 15 accused including politicians like Shah and senior IPS officers, were discharged by the Special Court, Mumbai in Dec. 2014, one accused discharged later by Bombay High Court and the remaining 22 were acquitted last week.