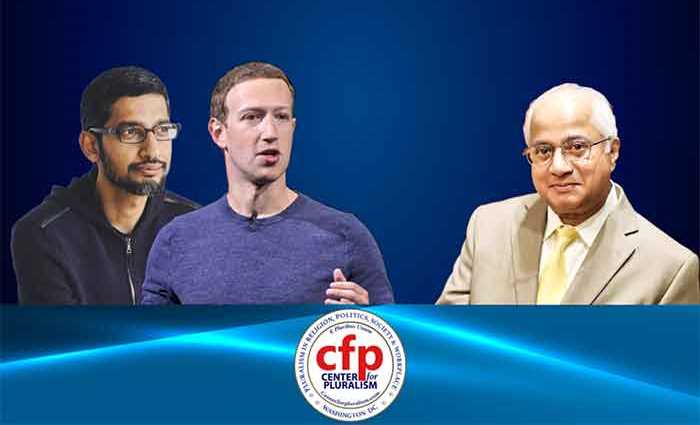 Religious discrimination is on the rise across the world and must be contained before it harms businesses and our social progress. A religiously or politically prejudiced employee can affect others’ morale, cause a lot of headaches, bring lawsuits, and affect the organization’s ability to function cohesively. He or she can waste the CEO’s time and the precious resources defending and correcting the mistakes rather than focusing on business development and creating employment.

We are pleased to offer sound advice to the corporate CEOs on placing the right employees in supervisory positions. It is a brand-new feature and going to become increasingly important for the following reasons.

Cisco is facing a lawsuit for its discriminative practices by one of its managers. The problem was not with the policies of Cisco but placing the wrong people in supervisory positions. An Indian-American supervisor from the “upper caste” (religious supremacist) did not promote the “lower caste” employee. He believed that the employee did not deserve to be promoted because he was born inferior and must remain in the lowest rung of the ladder.

Facebook’s supervisor in its India operations, Ms. Ankhi Das rejected taking down a posting that was false and harmful to society. Ms. Das supported the Indian leader who posted the anti-Muslim controversial item, and refused to take it down, despite urging from her associates and completely disregarding the policies set in motion by Mark Zuckerberg.

That single decision has caused a lot of turmoil; the internet is flooded with this news from the Wall Street Journal to just about every journal in the world. Zuckerberg finally fired her, good riddance. What a waste of time!

A medical Doctor in India refused to admit patients in the hospitals because they were Muslims. One of them was a pregnant woman who delivered the baby in the ambulance, and her child did not survive. Imagine if that Doctor were in America and did the same.

Shamefully, these practices have become commonplace. However, it is a significant liability for Global corporations hiring employees from India, a few of whom would discriminate against Dalits in particular, Muslims, and Christians in general. Should we have a place for them in these corporations?

At this point in the society, you will not find a place of work, worship, playground, school, restaurant, theater and other areas of public gatherings where people of different faiths, races, and ethnicities interacting, working, studying, intermingling, playing, and even marrying each other.

These interactions are bound to create conflicts. We must prevent such disputes so that each individual can live securely with his or her faith, culture, gender, race, sexual orientation, or ethnicity.

It is just the beginning; a few among the white supremacist and the brown supremacist will create a mess in the coming years for the global corporations who hire people without character references.

We ask global corporations to consider the following suggestions as they can help you avoid getting sued by your employees’ reckless actions.

1-Update hiring policy — Only hire individuals who respect and practice inclusivity and do not bring religion or politics to the workplace. How can that be achieved? Ask each of your current employees to submit social testimonies. If it is a Muslim, ask him/her to provide verifiable testimonials from Hindus, Christians, Sikhs, and others. Likewise, if it is a Hindu, ask him/her to produce similar testimonials from non-Hindus.

2-Remove poisoned employees – Remove the existing bad apples in your basket. A Hindu Doctor was a guest at my place for a few weeks while attending the meetings related to his residency. At the end of his stay – he said, “I wish my parents had not poisoned me against Blacks, Muslims, Christians, and Jews; everything I have heard from them turned out to be false.” He continued, “I have lived in dorms with others, and now with you, my parents were plain wrong.”He agreed, when you are biased towards others, it affects your work performance. Your relationship with fellow workers will not be cordial as you were prejudiced against them. You keep a reserve with your fellow workers, and subconsciously, you don’t trust and share everything with them. That attitude reduces your contribution to your work, and you will not be able to serve your employer with full integrity. And when you go home, you are not giving 100% to your family either, and you are obsessed with your hatred towards the other.Would you hire a poisoned employee to work for you? Full story at https://centerforpluralism.com/reflections-on-freedom-indias-independence-day/

3-Add to employee records –- Ask your existing employees and all future hires to produce their social media records from Facebook, Twitter, Instagram, and Whatsapp for at least one year.

You cannot go wrong if you and your employees follow Lincoln’s wisdom, “With malice towards none.” Justice and fairness will sustain the system and pave the way for moving forward instead of fighting the side battles.

Like all other corporations, Facebook has an interest in operating in nations where there is the rule of law, cohesive functioning of society, security, and the ability to sustain and grow.

You can be a true corporate leader in setting the new standards in hiring the right employees who can uplift and contribute to the growth of their respective organizations.

Dr. Mike Ghouse is the founder and president of the Center for Pluralism. He is a speaker, thinker, author, community consultant, pluralist, activist, newsmaker, and an interfaith wedding officiant. Mike is deeply committed to Free speech, Human Rights, and Pluralism in Religion, Politics, Societies, and the workplace. He has dedicated his life to building cohesive societies and offers pluralistic solutions to the media and the policymakers. More about him at www.TheGhousediary.com.