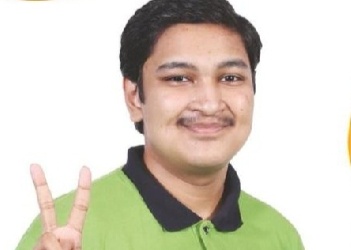 Aftab has scores 720/720 marks in the exam, making a new record as no candidate has achieved this feat in history.

“Proud to announce that our 2 Years Classroom Course Student #SoyebAftab is scoring 720/720 Marks in #NEET2020 as per his OMR & Recorded responses released by NTA. The History Once Again has been Made by One and Only ALLEN Student!” Allen career institute wrote on Twitter.

NTA had uploaded the NEET UG 2020 answer keys on September 26, 2020, and the OMR sheets on October 5, 2020. The testing agency is expected to declare NEET results on 16 October as its has been directed by the Supreme Court to do so.

NEET is an entrance examination for students who wish to study undergraduate medical courses (MBBS) and dental courses (BDS) in government or private medical colleges in India.

The students who have appeared for the test can avail the OMR sheet on the NTA website and check their answers to get an idea of their scores.