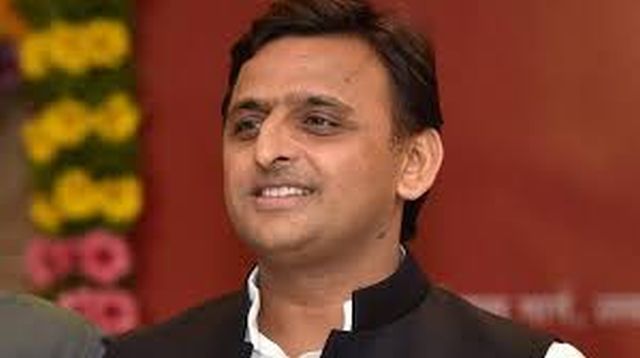 Lucknow : Notwithstanding the speculation on the durability of the new-found alliance with one-time rival BSP, Samajwadi Party chief and former Uttar Pradesh Chief Minister Akhilesh Yadav says the 23-year-old acrimony with Mayawati and her party “is a thing of past”.

“All that is irrelevant now is that both parties are walking ahead, hand in hand, to achieve a larger national objective of defeating the Bharatiya Janata Party (BJP), which is detrimental to both the state and the nation,” Yadav said in an interview to IANS.

In a detailed interview after the stunning defeat the Samajwadi Party dealt to the BJP by trouncing it in Gorakhpur and Phulpur Lok Sabha byelections, seats held earlier by Chief Minister Yogi Adityanath and his deputy Keshav Prasad Maurya, Yadav said that the BSP-SP combine was like a “glue which will knock the daylights off the arrogant and useless BJP government”.

The BJP, the 44-year-old leader added, would often ridicule how the opposition had no narrative to take on the saffron camp. He pointed out that with the coming together of the BSP and SP, the narrative had finally arrived.

What about the bitterness that enveloped the relations between Mayawati and his own father, Mulayam Singh Yadav, particularly after the attack on her?

“The past is past. I look ahead. Mayawatiji has set the record straight that when this incident happened I was nowhere in politics and hence I cannot be drawn into the slugfest.”

Dropping enough hints that the BSP-SP bonhomie would continue till the 2019 Lok Sabha polls when Prime Minister Narendra Modi will seek another term for his government, the former Chief Minister said his party already had the development plank and now what it was doing was to emulate the BJP in micro-booth and caste management.

Asked about the mercurial nature of the Dalit diva Mayawati, he said that time changes people.

“Seat sharing are small things and they will be sorted out at the time it is needed. We will cross the bridge when we come to it.”

Akhilesh Yadav said he was now doing what the BJP had taught them.

“They talk of panna pramukhs, understanding and adjusting the caste matrix and focussing on booth management. Now when we do it, we are accused of being casteist… How can it be win-win for the BJP?”

He said Mayawati was warm and bore no signs of rivalry or bitterness. “She was welcoming. She took me on a pictorial tour of her journey from a commoner to being Chief Minister four times of the country’s most populous state.”

Akhilesh Yadav accused the Yogi Adityanath government of doing nothing in Uttar Pradesh in the past one year as compared to the “exemplary development” under his watch.

“The only thing the BJP government has done in the past one year is to cut ribbons of projects that were initiated by the SP government.”

Getting philosophical, he recounted how having studied in a military school at Dhaulpur in Rajasthan and later in Bengaluru, he had forgotten he was a backward-caste person.

“I almost forgot it until the BJP reminded me of my backward caste DNA. I am thankful to them for doing so. I would like to say that I may be born in a backward family, but I am a forward looking person who is progressive, has a vision and is growth-oriented.”

He listed many failures of the state government while calling the BJP confused and jittery.

He pointed out how they were trying desperately to find an answer to the coming together of the BSP and SP.

Asked if he planned for more parties to join them in a grand alliance, he said: “As of now it is just UP and the BSP-SP together.” His relationships with the Congress, he said, were normal and cordial.