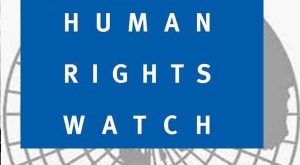 New York, Jan 25 : The Sri Lankan government should fulfil its commitments to the UN Human Rights Council by ensuring that foreign judges and prosecutors play a significant role in the mandated accountability mechanism for wartime abuses, Human Rights Watch said on Monday.

On January 21, President Maithripala Sirisena told the BBC that, contrary to Sri Lanka’s council commitments, he will “never agree to international involvement,” saying “(w)e have more than enough specialists, experts and knowledgeable people in our country to solve our internal issues”.

Human Rights Council member and observer countries that backed the consensus October 2015 resolution should make clear that foreign participation in a war crimes tribunal was already decided by the council and is not subject to renegotiation, Human Rights Watch said.

After adoption of the resolution, Sri Lanka told the council that it was pleased to join as a co-sponsor “as a further manifestation of Sri Lanka’s commitment to implement the provisions of the resolution, in a manner that its objectives are shared by the people and all stakeholders in the country, for their benefit”.

“President Sirisena needs to understand that international participation in a war crimes tribunal was not a vague promise to the UN but a firm commitment to the thousands of Sri Lankans who suffered during the country’s long civil war.”