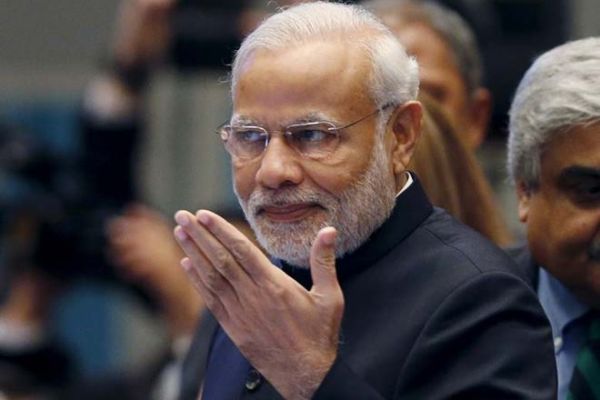 It is obvious that the ensuing elections in five states will be an excellent mid-term appraisal of Narendra Modi’s tenure.

The interest in their outcome will be all the greater because the Prime Minister hasn’t had it all in his own way as may have been expected after his resounding victory in 2014.

Except for the Bharatiya Janata Party’s (BJP) success in Assam last year, Modi’s appeal as the “vikas purush” or the man of development hasn’t worked anywhere else up till now.

In 2015, the BJP was badly trounced by a fledgling party in Delhi and comprehensively beaten by a motley coalition in Bihar. Its sole success in the following year in Assam — accompanied by defeats in West Bengal, Kerala, Tamil Nadu and Puducherry — was over an aging Chief Minister and his tired Congress party.

There was little doubt at that stage that the wind of popular expectations which swept Modi to power at the Centre had dissipated.

His indifferent performances might have continued this year, too, if providence had not intervened in the form of undermining the chances of the ruling Samajwadi Party (SP) in Uttar Pradesh.

As it is, the SP would have faced the anti-incumbency factor because its stint in power hasn’t been as much of a success story as its personable Chief Minister, Akhilesh Yadav, will like everyone to believe.

But the party’s breaking into two with Akhilesh on one side and his father, Mulayam Singh Yadav, on the other cannot but ensure a much easier ride for the BJP to power than before.

Luck, therefore, seems to have turned for Modi in the new year. Even if the findings of an opinion poll which gives a majority to the BJP in the 403-member Uttar Pradesh assembly are ignored, the fact is undeniable that an SP at war with itself can hardly be expected to win, let alone put up a stiff fight, irrespective of how much Akhilesh is liked by the younger generation because of his pro-growth and non-casteist approach to politics.

Considering that the worst of the demonetisation process is over with the banks no longer as crowded as before, it is possible that Modi’s developmental pitch will work once again as it did in 2014 when the BJP won 71 of the 80 parliamentary seats in the state and its ally, the Apna Dal, two.

A victory in Uttar Pradesh is likely to be regarded by the BJP as a favourable omen for 2019. If the party also comes out on top in Uttarakhand and Goa, as the opinion poll says, then the BJP may well believe that it is on the way to consolidating its position on a wider basis.

However, if the bad spell which clouded the party’s fortunes in 2015 and 2016 has ended, it has less to do with Modi than with the fortuitous presence for the BJP of a fractured opposition.

There are several reasons why the latter has failed to get its act together. One is that there is no inspirational leader with ideas about an economic road map for the country and about ways to address problems such as endemic corruption, violence against women and the continuance of reservations which bolsters the caste system.

As the alternate pole at the national level, the Congress still reposes its faith in the Nehru-Gandhi family. But as Rahul Gandhi’s occasional disappearing acts suggest — he is away in London at present — he is not an inveterate political animal.

Instead, he is something of a bit player who struts and frets for a while on the stage and then vanishes from sight.

However, if the Congress wrests power from the Akali-BJP combine in Punjab, as is likely, it will be Rahul who will be credited with the good showing, and not former Chief Minister Amrinder Singh, with the result that he may well be crowned at last with the post of the Congress president.

The Congress’s setbacks in Uttar Pradesh and in Goa will not be allowed to come in the way of his ascent by his posse of sycophants.

Of the other opponents of Modi, West Bengal Chief Minister Mamata Banerjee has been acting as if she wants to play a national role. But as her current tutorial lessons in Hindi shows, she has realised the need for brushing up her communication skills if she wants to be accepted at the all-India level.

The two leaders who may have been able to pose some kind of a challenge to Modi — Bihar Chief Minister Nitish Kumar and his Odisha counterpart, Naveen Patnaik — are with the Prime Minister at present.

Whatever gains which Modi makes in the forthcoming elections, therefore, it will be via the courtesy of a weak opposition.

But even if his successes make the BJP confident about facing the next general election, the Prime Minister will still have to show results in the matter of curbing black money and promoting employment-generating growth.

Otherwise, the elections in 2018 in Gujarat and Karnataka may show the ephemeral nature of success.