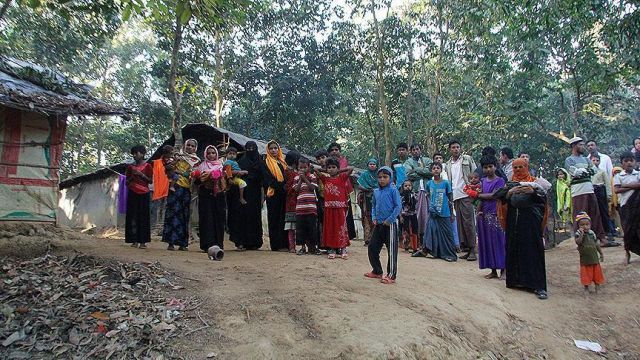 When the history of these eventful years is penned, historians may have a hard time wrapping their heads around the many achievements of the BJP on the way to establishing the blessed Ram Rajya. Each one of these achievements is enough to drive prescient cynics like George Orwell and Kafka, who wrote of terrifying, fictional worlds of authoritarian systems, up the wall.

In the past four years and more, the worst fears and nightmares of India’s religious minorities about Hindutva rule have come true. The extent and pace of saffronisation in the best traditions of the RSS, the ideological deity of the ruling BJP, and the deliberate destruction of India’s democratic institutions has been so overwhelming that many of us cannot even fully grasp and register the changes that the republic has undergone under Modi.

And all this even without the BJP government in Delhi having to rewrite the liberal, secular constitution, drafted by India’s founding fathers like the Dalit icon Dr B R Ambedkar, promising equal rights to all communities.

Hiding behind its democratic pretentions, the Parivar has all but declared a war on India’s Muslims. From the relentless mob lynching of Muslims in broad daylight to painting them as the “invaders, traitors and outsiders”, the Parivar has used every dirty trick in its book to marginalise and disempower an already voiceless minority in every sense.

And now the BJP, which is in power both in Delhi and Assam, has struck at its favourite target all over again by declaring more than four million people, a majority of them Bengali-speaking Muslims, of the northeastern state bordering Bangladesh ‘illegal’ or ‘stateless’ at the stroke of a pen.

More ominously, this could well be a template to exclude Muslims from the political process and disenfranchise them all over the country under some pretext or the other.

With three northeastern states of Assam, Manipur and Tripura already landing in the BJP’s kitty, its immediate next target is Mamata Banerjee’s West Bengal, which also happens to be home to a large Muslim population, a la Assam.

With nearly 25 million Muslims – or 29 percent of the state’s population – Bengal boasts India’s second-largest Muslim population. Not surprisingly, it plays a significant role in determining the political complexion and future of those who rule Bengal from the Writers’ Building in Calcutta.

This constituency has played a key role in changing Mamata Banerjee’s fortunes, catapulting her from the role of a feisty streetfighter to the chief minister’s position. No wonder the BJP, desperate to pluck Bengal, cannot wait to divest Mamata of this vital support by unleashing the chaos of a National Register of Citizens (NRC) on the state.

However, this is not merely about Bengal or the Bengali-speaking people in Assam, declared ‘stateless’ overnight. At stake are much larger issues. This is a heaven-sent opportunity for the BJP and its desperate leadership, months ahead of the all-important 2019 general elections, to project itself as the sole defender and protector of ‘Akhand Bharat’ and majoritarian interests while portraying the opposition as political opportunists conniving with ‘infiltrators’ for a bunch of votes.

Besides, this will help deflect public attention from the ‘good times’ visible on every front – rising inflation and unemployment, farmers’ distress, and the runaway billionaire friends of the PM.

Who cares if a few million people suddenly find themselves stateless, staring at a dark and uncertain future after living for generations in Assam?

While Assam has always been home to a large and thriving Muslim population – it had been part of the original map of East Pakistan that was first proposed by the Muslim League – most Bengali-speaking Muslims of Assam have been living in the state for generations, and long before Partition. Most of them came from the neighbouring Bengal, and further afield, to settle in the state as labourers working in its many tea plantations under the British.

Originally, the conflict in Assam had been between those who boast an indigenous tribal heritage and everyone else. The Hindutva forces successfully exploited it to fan communal passions against Bengali Muslims, sparking massive anti-Muslim violence in the 1980s. Who could ever forget the horrific 1983 massacre of around 3,000 Muslims in Nellie?

As Indian Express notes in its perceptive editorial: “Issues of migration and demographic change have been permanent fixtures in post-Independence politics in Assam even though the state government published an NRC as early as 1951, along with the first National Census”.

The Assam Accord of 1985, clinched by Rajiv Gandhi, was meant to address these concerns, and updating the 1951 NRC is part of this process.

However, unlike international conventions on establishing citizenship, the burden of proof rests with the NRC applicant. To be registered in the list, people have to prove that they are descendants of Indian citizens by providing documents dating back to 1951 or 1971. That is easier said than done in a country with a poor history of keeping records. No wonder more than 50 percent of Assam’s population had been left out of the first draft of the NRC that was released in December last year.

Even now, after this massive exercise spread over months, more than four million people – or 10 percent of the state’s population – don’t find themselves on the rolls. The omissions include people such as the nephew and immediate family of former president Fakhruddin Ali Ahmed and families of soldiers, senior officials and cops.

Responding to BJP Chief Amit Shah’s rant in parliament in which he promised to throw out all those who haven’t made it to the sacred NRC, NDTV Political Editor Sunetra Choudhury, hailing from Assam, has reported that many of her own family and friends haven’t made it to the list. She tweeted: “My cousin, a top Guwahati doctor, her mother, my uncle in Tezpur are all now branded ‘ghuspaithye’ (infiltrators/illegals). What nightmare!”

Eventually though, people with privilege like them may not find it too difficult to challenge their exclusion from the citizenship register, especially since many of them already have documents like voter ID cards, Aadhaar cards and passports.

But what about those ordinary, poor and illiterate people who were born in India and don’t have any papers to establish their identity? There are hundreds of thousands of them. What is their fate going to be? Poor Assamese Muslims have much to fear now that there are openly hostile administrations both in Delhi and Guwahati.

Although the Supreme Court of India, which is guilty of exacerbating this mess with its unseemly haste, and Home Minister Rajnath Singh have assured that all those left out will have an opportunity to present their case before the concerned authorities, this is far from reassuring.

After all, the BJP has a long history of using the bogey of ‘Bangladeshi infiltrators’ in Assam and other northeastern states to push its fascist, divisive agenda. In his 2014 electoral campaign, Modi exploited the issue to the hilt by promising to throw out all “Bangladeshis” if the BJP came to power

True to its character, the BJP has managed to turn the Assamese/non-Assamese binary into a polarising Hindu-Muslim debate. Indeed, queering the communal pitch, it has brazenly talked of expelling ‘infiltrators’ (read: Muslims) and welcoming “Hindu migrants” from Bangladesh, Pakistan and around the world.

The message isn’t lost on anyone. While India is the eternal homeland of Hindus wherever they were born, Muslims – as millions of them in Assam are learning to their shock – cannot call it their own even if generations of their ancestors had been born in the country. It seems that the Hindu Rashtra has already arrived.

(The writer is an independent writer and former newspaper editor. He can be contacted at Email: aijaz.syedhotmail.com / Twitter: aijazzakasyed )