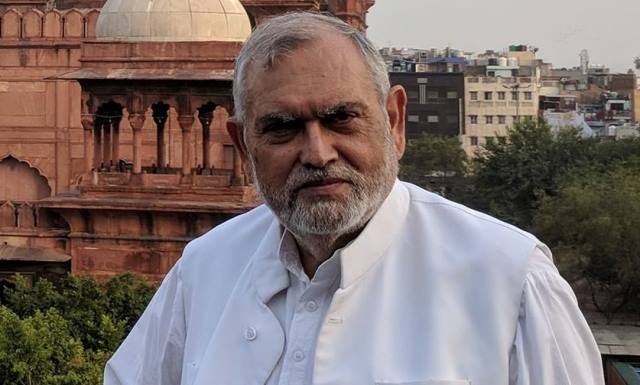 Chairman of Delhi Minorities Commission Zafarul Islam Khan has sought an urgent inquiry into allegations of misbehaviour and use of abusive language by Sub-Divisional Magistrate (SDM) of Northeast Delhi’s Karawal Nagar Puneet Kumar Patel with the victims of Delhi violence, who had reached Patel’s office to demand compensation. In a letter to District Magistrate (DM) of Northeast Delhi Shashi Kausal, Khan said Patel misbehaved with the victims and made them leave his office.

According to the notice, some victims were unable to file their compensation forms. Now the Delhi High Court has directed concerned authorities to restart the process.

Following the court direction, some victims approached SDM Karawal Nagar to fill their forms but he allegedly misbehaved with them “rudely” and used “abusive language”, so much so that some the victims were left in tears. “This behaviour, if true, is totally unacceptable” the notice read.

Khan has directed magistrate Kaushal to conduct an urgent inquiry and if allegations are found true, take action immediately against the said officer and replace him with one who has sympathy with victims and common men.

He has asked the magistrate to file his reply by 10 February 2020.

On an important note, Delhi violence took place in February in Northeast Delhi in the wake of anti-CAA and NRC protests. The violence caused loss of more than 50 lives, mostly of Muslims. Fanatic Hindutva goons destroyed scores of houses, shops and mosques as well. In several videos, policemen were seen cooperating with rioters instead of maintaining law and order.

In such a chilling video, policemen were seen asking four young Muslims, who were already beaten badly, to chant the Hindu religious slogan, Jai Shri Ram [Hail Lord Ram]. One of the victims seen in the video, Faizan, died later in a hospital.