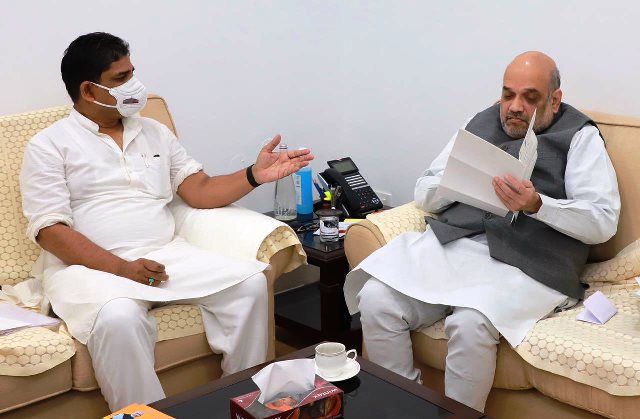 The letter submitted to Shah is signed by 56 MPs who belong to various parties.

The photographs of several Muslim women were put up on the Sulli Deals app for auction. Similarly, images of several Pakistani women were live-streamed on a Youtube channel called Liberal Doge and filthy comments were made about them.

Requested Hon’ble HM @AmitShah ji to initiate inquiry against the criminals involved behind #Sullideals App /Liberal Doge incidents and arrest the guilty ASAP. I am grateful to my fellow 56 MPs across party lines for signing this letter in support of Muslim women! pic.twitter.com/C2S7FyzOZP

Dr Jawaid also submitted a similar letter to Congress MP and IT Parliamentary Committee chief Shashi Tharoor asking him to initiate an inquiry into the issue. Earlier, he along with other Congress MPs had protested against police inaction into the same, in front of Gandhi statue on the Parliament premises.