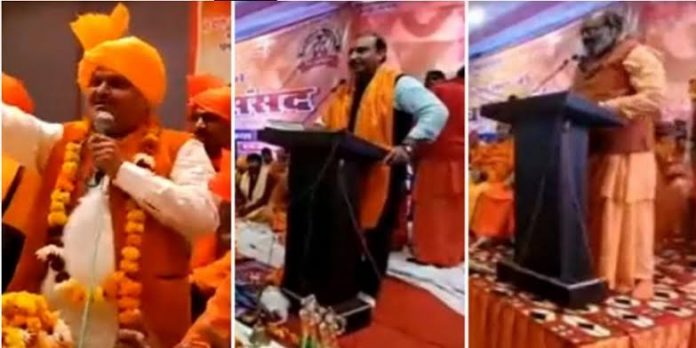 NEW DELHI:  The Supreme Court on Monday agreed to examine a plea seeking criminal action in connection with hate speeches made at Dharam Sansad in Haridwar against the Muslim community.

Sibal submitted, “We’re living in different times where slogans in the country have changed from Satyamev Jayate”. The bench told Sibal, “We’ll look into it”. The bench also asked Sibal whether some inquiry is going on? Sibal replied that FIRs have been filed, but no arrest has been made so far and added that without court’s intervention no action will be taken. After a brief hearing, the bench agreed to take up the matter.

The petitioners – a journalist, a judge, and a Supreme Court advocate – have moved the apex court seeking urgent intervention in the matter pertaining to the hate speeches delivered between December 17-19 last year, in separate two events — one organised in Haridwar by one Yati Narsinghanand. Reportedly, several Hindu religious leaders, who addressed the gathering, called upon the community to take up arms against Muslims.

The petition seeks independent and impartial investigation into the incidents of hate speeches against the Muslim community by an SIT. — IANS