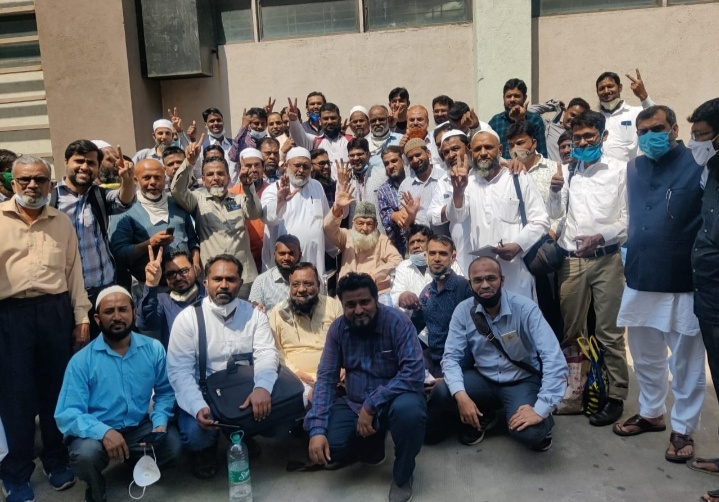 Surat, March 6, 2021 : 127  Islamic activists belonging to the banned Student’s Islamic Movement of India (SIMI) 2001 have been acquitted by a Court after 20 years.

According to reports they had gathered there for a three-day seminar on ‘minority education’. The detainees include some prominent leaders of the Muslim community who are in no way related to SIMI.

“The court has given us “honourable acquittal”  for the lack evidence after 20 years, but my question is what about those who implicated us and  made us and our family suffer during all those years. We were in jalil for almost one year  and even  after the bail we had to attend the court on monthly basis” said Ziauddin Siddiqui,  ex general secretary of SIMI.

“We lost our jobs, our businesses suffered enormously, we are the highly qualified people. Our question is will the action be taken against those who implicated us falsely?, asks Siddiqui.

We also want it make sure that others don’t suffer like us in future, he added.

Aquitted by a Surat court after 20 years, #SIMI activists demand compensation from the government and action against those who implicated them in false cases. pic.twitter.com/zJYRlm53ck

This was the first massive arrest of SIMI cadres after the organization was banned on 27 Sep, 2020 taking advantage of the international atmosphere against ‘terrorism’ after the attacks on World Trade Centre and Pentagon in the US.

The Indian Home Minister LK Advani, a known hardliner, and many ultra nationalist leaders had been demanding the organisation’s ban for quite some time. Major Muslim organisations in the country decried the ban in categorical term and called the central government’s move politically motivated since there is no hard proof of the organisation’s involvement in terrorist activities. Only its slogans and rhetoric have been found objectionable while outfits belonging to the ultra rightist stream now ruling India, like Bajrang Dal, are prima facie guilty of violence against Muslims and Christians.

The arrested youths belong to 10 Indian states. The largest number 44 were from Maharashtra followed by Gujarat 26, Madhya Pradesh 13, Karnataka 11, Uttar Pradesh 10, Rajasthan 9, West Bengal 4, Tamil Nadu 4, Bihar 2 and Chattisgarh 1. All of them have been remanded to police custody.

According to reports police arrested them when they gathered to attend a ‘Minority Educational Conference in the city two decades ago.

Most of the SIMI activists were acquitted by Courts afer spending many years in jail including its president Shahid Badr.

Delhi Police arrests allegedly a ‘SIMI terrorist’, who has authored and translated over 30 books