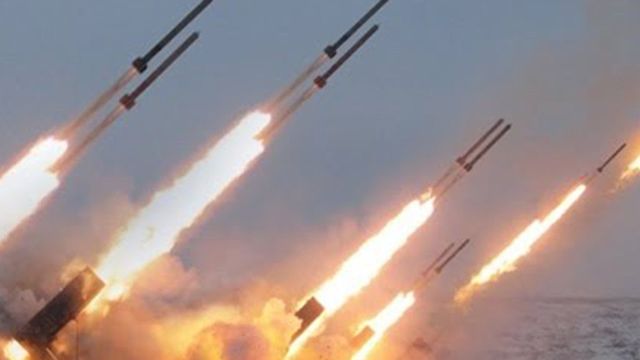 Damascus : Syria has accused Israel and the US of supporting terrorist groups in Syria with arms and ammunitions, state news agency SANA reported.

Syrian Defense Ministry said in a report that Syrian authorities had seized a large amount of Western-made arms and munitions in several areas, Xinhua news agency reported on Monday.

It added US-made weapons were found in hideouts of the Islamic State (IS) militants and other terrorist groups.

IS and the Al-Qaeda-linked Nusra Front offered western countries with oil from the oil fields in terrorist-controlled areas in Syria and Iraq, in exchange for rockets, rifles, machine-guns and anti-aircraft missiles, even tanks, the ministry said.

The ministry said that the weapons reached Syria via various channels from companies in Eastern Europe with links to the US military base of Rammstein in Germany.

Israel has provided the Nusra Front with various weaponry through the Israeli-occupied Golan Heights, said the report.

Other channels included the aid programs to support the so-called “moderate opposition group,” the Free Syrian Army, since the administration of former US President Barack Obama, according to the ministry.

The ministry said that most soldiers of the Free Syrian Army, who had received training in Turkey and Jordan, had later joined the IS or the Nusra Front.

Between June 5 and September 15, the US had sent 1,421 trucks loaded with weaponry to the Kurdish-led Syrian Democratic Forces (SDF), the ministry said.

Despite the claims that these weapons were for the fight against IS, they were eventually found in the possession of terrorists who used them to commit “dirty crimes”, according to the ministry.

The flow of weapons into Syria was coupled with the entry of 20,000 foreign fighters into Syria, most of whom came from Turkey, the ministry said, adding that such a support made the Nusra Front the strongest rebel group in northern Syria.

“The geographic proximity and the lack of observation on export created proper circumstances for some countries to benefit from the arms trade. Such deals have taken place with the help of the United States in most cases,” the ministry said.