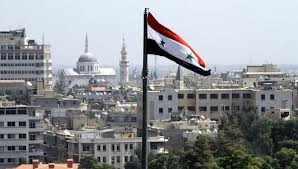 United Nations, May 4 : The parties to the conflict in Syria should seek political dialogue, the UN suggested Friday, after Russia expressed readiness to hold talks with all representatives of the Syrian opposition.

“Clearly, the whole aim of international efforts is political dialogue as a way to move forward and to end the bloodshed,” UN spokesperson Martin Nesirky told journalists when asked to comment on Russian Foreign Minister Sergei Lavrov’s statement.

Lavrov said in Slovenia’s capital city of Ljubljana Friday that Moscow was ready to hold talks with all representatives of the Syrian opposition, including Salim Idriss, leader of the Free Syrian Army.

Lavrov’s statement came after Idriss said he would be ready to meet the Russian authorities to discuss ways to resolve the Syrian crisis.

US Secretary of Defense Chuck Hagel said Thursday the US was reconsidering whether to arm Syrian rebel groups, which it has previously held back from doing.

That follows reports last week, as yet unconfirmed, that the government forces in Syria had used chemical weapons including nerve agents against rebel forces in the conflict, which President Barack Obama had previously said would be a “red line” for the US.

About 70,000 people have died in Syria since the beginning of the uprising against President Bashar al-Assad, according to UN figures.