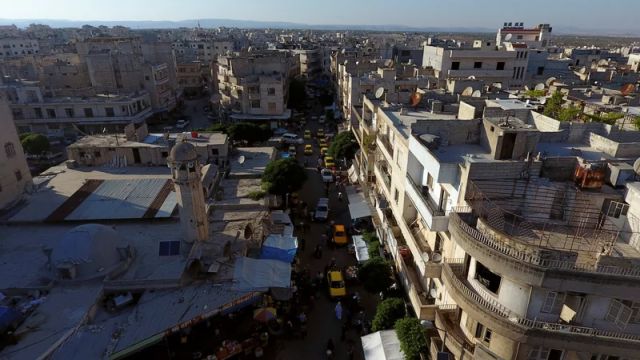 Washington : The US has said there is significant evidence that chemical weapons are being prepared by the Syrian government forces in Idlib city, as Russia, Iran and Turkey meet in Tehran for a crunch meeting to decide the fate of the region.

The warning about the evidence of an imminent chemical attack was made by new US envoy to Syria Jim Jeffrey. The US has repeatedly said it will not tolerate a chemical attack but has not said how it would respond.

“I am very sure that we have very, very good grounds to be making these warnings. Any offensive is to us objectionable as a reckless escalation. There is lots of evidence that chemical weapons are being prepared,” he said.

According to a report in the Guardian, Turkish President Recep Tayyip Erdogan was pressing Russia to order the Syrian government to abstain from an assault on the final large opposition enclave, saying it could lead to a bloodbath or mass displacement of Syrian refugees into Turkey or Europe.

Erdogan proposed a plan whereby rebel groups are given the chance to leave. He was scheduled to meet his Russian and Iranian counterparts Vladimir Putin and Hassan Rouhani later in the day.

Although the three leaders will also discuss plans for reconstruction, the return of refugees and the fate of Kurds in Syria, the focus will be on Russia’s determination to oversee a capture of Idlib by force, the report said.

UN special envoy for Syria Staffan de Mistura also urged Russia to hold off and to return to talks in Geneva that he has prepared for next week on a future constitution for Syria.

The US envoy to Syria said: “I think the last chapter of the Idlib story has not been written. The Turks are trying to find a way out. The Turks have shown a great deal of resistance to an attack.”

He said the US had repeatedly asked Russia whether Washington could “operate” in Idlib to eliminate the last holdouts of jihadist groups. Asked whether that would include US air strikes, Jeffrey said: “That would be one way.”

The US State Department warned earlier that Washington would respond to any chemical attacks by the Syrian government or its allies.

Despite Syrian denials, experts from the UN and the Organisation for the Prohibition of Chemical Weapons said they were confident government forces were behind an attack involving the nerve agent Sarin on a rebel-held town in southern Idlib in April 2017 that killed over 80 people.

The US envoy said a “major diplomatic initiative” was now needed to end the seven-year civil war.