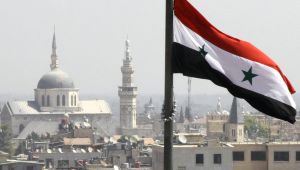 Istanbul, May 31 : Syria’s main opposition group in exile Thursday refused to participate in the Geneva peace talks, aimed at drawing up a blueprint of a political solution to the ongoing Syrian crisis, Xinhua reported.

On Wednesday, the Syrian National Coalition (SNC) had declared it would participate in the Geneva talks only if there was a time-frame to adopt an international agreement whicht would lead to the ouster of Al-Assad.

The Opposition group was suspending their assent to participating in the talks until the international community intervened to end a siege by the Syrian troops as well as foreign fighters on the border town of al-Qussair, said George Sabra, head of the SNC during a news conference in Istanbul Thursday .

“The National Coalition will not take part in any international conference as long as the militias of Iran and Lebanese Hezbollah continue their invasion of Syria,” Sabra said.

Civilians in Qusair had been “severely wounded” and the city completely cut off by forces loyal to President Bashar al- Assad, said a SNC spokesperson.

“Civilians have no access to water, electricity and the massacre goes on while the Assad regime continues to use weapons,” he added.

The planned conference intends to address the recent US-Russian efforts to explore political options for resolving the long- standing stalemate in the conflict-stricken country.—IANS.