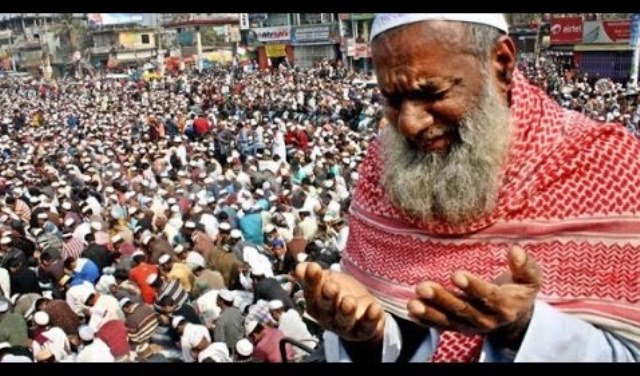 New Delhi: Tablighi Jamat has been working tirelessly for character building and to develop human nobility and strengthen the pious values on the foundation of morality of Islam. Those  from the grass roots raw and un-educated coming into the fold of Tablighi Jamat used to turn into diamond among humanity without any pomp and show shunning all the vested interest for the cause of Almighty’  said advocate Sharfuddin Ahmad, national vice president of (Social Democratic Party of India) SDPI in a statement.

Expressing his solidarity for the cause of Tablighi Jmaat advocate Sharfuddin said ‘Tablighi Jmaat has rendered un-paralleled service to attract the scattered undisciplined, unknown and confused people to the clarity, lucidity and understanding of Islam. SDPI fully supports TJ as an organization working under tenets of constitution of India. They are the largest  organization producing peace loving citizen full with human values indoctrinating a mentality away from the perversion, greed and materialistic benefits to create an orientation that made viable great assets in the human history.’

Tablighi Jmaat has been able to promote brotherhood, equality love and affection among the masses, he said while appreciating the sincere efforts of TJ.

SDPI stands firmly with Tablighi Jmaat and offers all support to its activity for the betterment of Muslim society and the humanity at large, added Mr.Sharfuddin.

He appealed all Muslim originations to refrain from creating disturbance in the smooth functioning of this organization which left great positive impact in the society and imbibed fear of God ,morality and accountability in millions of people and turned them into a responsible citizen and good human being.