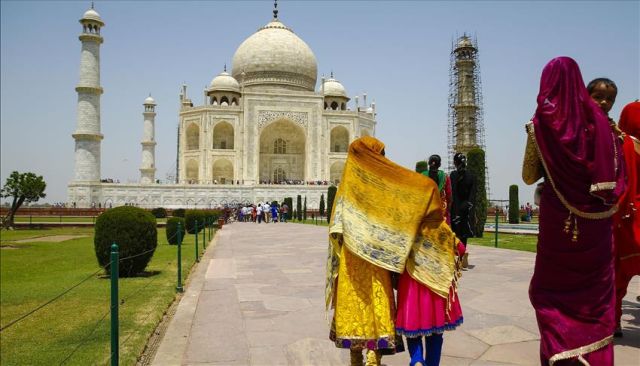 New Delhi: Muslims in Indian city of Agra would no longer be able to offer prayers at the mosque situated on the premises of landmark Taj Mahal except on Fridays.

According to the directives issued by the Archaeological Survey of India, Muslims will be allowed to offer prayers at the Taj Mahal mosque only on Fridays.

The decision was taken in accordance with the order of the Supreme Court of India, Vasant Swarankar, superintending archaeologist at ASI’s Agra chapter, told the Times of India, a local daily.

“Namaz (prayer) can only be offered on Fridays and that, too, by local residents only,” Swarankar said.

“This show their mindset. The order is illegal and you cannot prohibit residents from offering prayers on other days,” Zaidi told Anadolu Agency.

Earlier in July, The Supreme Court of India had refused to allow prayers by outsiders at the mosque on the premises of the Taj Mahal, saying the monument’s preservation is paramount.

The court has said that the Taj Mahal is one of the seven wonders of the world and people have several other mosques to offer their prayers.

The Taj Mahal is a 16th century marble mausoleum built by the Mughal emperor Shah Jahan in memory of his wife. Thousands of people visit Agra every year to see the famous Taj Mahal.

The mosque there remains closed on Fridays for the general public. The locals are allowed to offer prayer at the mosque between noon and 2 pm on Fridays after showing identity proof.