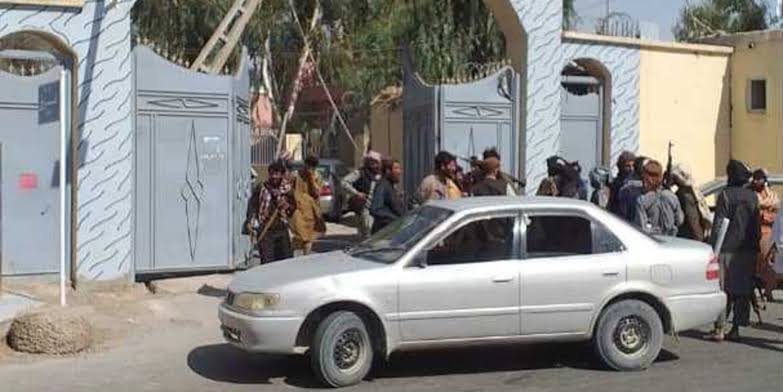 KABUL, Afghanistan:  The Taliban on Saturday said it overrun Sheberghan, the capital city of northern Jowzjan province of Afghanistan, the second provincial capital to fall to the insurgents in less than a day.

Jawzjan Deputy Governor Abdul Qader Malia told Anadolu Agency that there had been clashes between militants and Afghan security forces in Sherbarghan for the past two days.

The Taliban seized control of the city center Saturday afternoon, Malia said, adding the insurgents have over all public buildings there.

The security forces withdrew to an airport outside the city center, he added.

The fall of Sheberghan came a day after the Taliban captured Zaranj, the capital of the southwestern Nimroz province bordering Iran.

Dostum’s armed men led by his son Yar Mohammad have vowed to retake Sheberghan that has effectively been exchanged between the warring sides a couple of times this week.

But a little further from the city, a number of people affiliated with Dostum say they are preparing to repel Taliban attacks from the city center.

According to the local daily Etilaat Roz, the Taliban break into the Sheberghan prison and released “hundreds” of captives. However, neither the government nor the Taliban have made any definitive statements regarding the prison break and release of inmates.

Meanwhile, the Afghan Defense Ministry announced on Saturday that security forces have killed 385 Taliban insurgents and injured 210 others in the past 24 hours, as violence escalated amid stalled peace talks in Doha, Qatar.

After claiming to have taken control of nearly 200 rural districts last month, the Taliban launched a new round of deadly clashes last week as they marched on Herat, Kandahar, Taluqan, and Lashkargah, causing panic and concern among millions of civilians.

Sources in the Afghan government’s peace delegation told Anadolu Agency that the Taliban had floated the idea of an extended cease-fire provided up to 7,000 more of their captives are freed by the Afghan government and their leaders’ names removed from the UN sanctions list.-AA