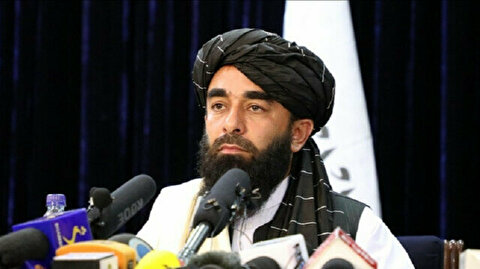 WASHINGTON:  A Taliban spokesman reiterated that there is “no proof” that al-Qaeda conducted the Sept. 11, 2001, terror attacks from Afghanistan, according to NBC News on Thursday.

Zabihullah Mujahid gave an interview to the news outlet in the Afghan capital, Kabul, as the US withdrawal approaches on Aug. 31.

“There was no justification for this war. It was an excuse for war,” said Mujahid, referring to the reason the US gave for invading Afghanistan.

The terror attacks killed 3,000 people when al-Qaeda hijackers struck the financial and political capitals of the US with planes.

“When Osama bin Laden became an issue for the Americans, he was in Afghanistan,” he said. “Although there was no proof he was involved, now we have given promises that Afghan soil won’t be used against anyone.

Mujahid said the Taliban would give women “all the rights that Islam promises” and that “they can be doctors, teachers, be educated and can work to benefit society.”

“They are sisters, we must show them respect. They should not be frightened,” he said. “The Taliban are humans and from this country. They fought for our country. Women should be proud of us, not scared.”

Mujahid said the idea that the Taliban have taken women as forced brides were “propaganda from the old regime.”

‘We don’t want our countrymen to go to America’

When asked if the Taliban was OK with Afghans leaving, Mujahid said “It is their choice,” according to NBC. “We don’t want our countrymen to go to America,” he said.

“Whatever they have done in the past, we have given them amnesty. They should stay. We need young, educated professionals for our nation,” he said.

Mujahid noted that the Taliban wants “a normal legitimate diplomatic relationship” with the US.

The Taliban’s lightning takeover of the capital on Aug. 15 set off a scramble to leave Afghanistan, including among locals who have worked with US forces and organizations and fear for their lives under the Taliban rule.-AA