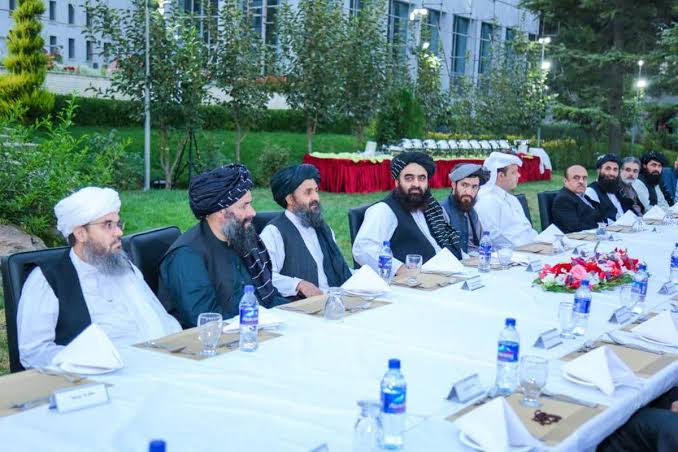 ISLAMABAD:  The Taliban’s interim government in Afghanistan on Saturday urged the US to play its part in addressing the humanitarian crisis unfolding in the war-ravaged country.

In a statement by the Taliban-run Foreign Ministry, Washington was reminded that the humanitarian issue predates the group’s rise to power.

That was in response to the US Special Representative for Afghanistan, Thomas West, who said in a series of tweets that Washington made clear to the Taliban for years that if they pursued a military takeover rather than a negotiated settlement with fellow Afghans, then critical non-humanitarian aid provided by the international community — in an economy enormously dependent on aid, including basic services — would all but cease. And that is what occurred.

Foreign Ministry spokesman Abdul Qahar Balkhi said the comments by West that Afghanistan faced a humanitarian crisis prior to August is a faithful admission.

“It is correct that economic problems have been inherited by the new government. Thus everyone should fulfill their own responsibilities to address the issue,” said Balkhi.

The US envoy said Washington will continue clear-eyed, candid diplomacy with the Taliban.

“Legitimacy & support must be earned by actions to address terrorism, establish an inclusive government, & respect the rights of minorities, women & girls – including equal access to education & employment,” he tweeted.

West noted that the US will continue to support the Afghan people with humanitarian aid.

“We’ve provided $474 million this year, applaud the robust efforts of Allies & partners in this space, & are making every effort to help the UN & humanitarian actors scale up to meet needs this winter,” he wrote.

The interim government wrote an open letter to members of the US Congress on Wednesday, urging them to take “responsible steps towards addressing the humanitarian and economic crisis unfolding.”

More than $9 billion in Afghan foreign assets have been frozen by the US after the Taliban regained power in August following the complete withdrawal of foreign forces.

“As the cold winter months are fast approaching in Afghanistan, and in a state where our country has been hammered by the coronavirus, drought, war, and poverty, American sanctions have not only played havoc with trade and business but also with humanitarian assistance,” according to the letter.

Muttaqi said 2021 marks the centennial of relations between Afghanistan and the US.

Washington initially recognized Afghanistan in 1921 while diplomatic relations were established in 1935.

In a bid to control the rapidly deteriorating value of the afghani currency, the Taliban’s interim government auctioned $10 million in the open market on Monday.