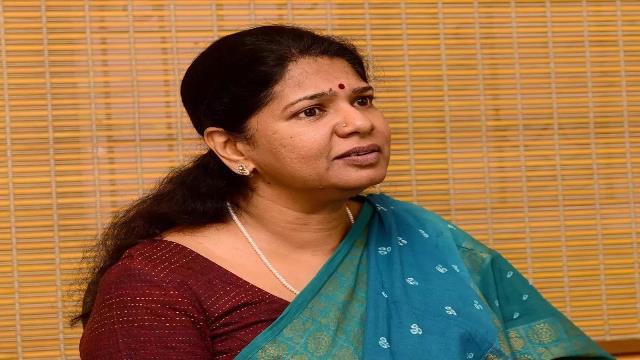 DMK MP Kanimozhi has said that she was shocked when a CISF security officer asked her “Are you Indian?” for not knowing Hindi. She was at Chennai International Airport to take a flight to Delhi on Sunday morning when she was asked something in Hindi by a Central Industrial Security Force officer.

Since Kanimozhi, who is the daughter of former Chief Minister of Tamil Nadu Kalaignar M.Karunanidhi, wasn’t able to understand the CSIR officer she replied she could understand only Tamil and English but not Hindi. For which the Tamil MP was questioned whether she was an Indian or not. Later she tweeted about the incident and also uploaded a video at Facebook about the same. Following her tweet, a debate began among the civilians of Hindi and Non-Hindi states on social media.

Kanimozhi is Member of Parliament from Thuthukudi constituency and she belongs to the Dravida Munnetra Kazhagam (DMK) party. Since Kanimozhi belongs to the party which speaks up prominently against the imposition of Hindi, and most importantly being the daughter of former Chief Minister of Tamil Nadu Kalaignar M.Karunanidhi (who played a key role in anti-Hindi movement), she finds this incident an intentional one.

Kanimozhi said “I went to the airport today where a female police officer from the Central Industrial Security Force (CISF) who was there told something to me in Hindi. To which I said “I do not know Hindi, speak English or Tamil, immediately she asked if you are an Indian which really startled me. Since I was late for the flight I couldn’t argue much but just walked off. Later some CRPF officers approached me and said that they will investigate this issue”.

Kanimozhi also said on Twitter that she would like to know the reason why she wasn’t considered as an Indian if she didn’t know Hindi. She also used the hashtag ‘HindiImposition’ along with mentioning that political parties have long been vocal against the imposition of Hindi in Tamil Nadu, especially DMK.

Kanimozhi’s father and former CM of Tamil Nadu Karunanidhi had got prominence as one of the leading anti-Hindi activists in India when he was just 14.

Following this, the DMK has been voicing its opposition against the trilingual policy in the new education policy. Recently, DMK President M K Stalin said the Centre’s new National Education Policy (NEP) was an attempt at “imposition” of Hindi and Sanskrit. “With education placed on the State List, the Centre will assume the remaining rights of the states and take its control (aspects ranging) from the syllabus to university,” Stalin had said. At this point Kanimozhi is questioned by a security officer as to whether you are Indian, making you think that you can only be Indian only if you know Hindi. Kanimozhi has been virtualizing her question on Twitter using the hashtag #HindiImposition. Her tweet found support from many including Congress MPs Manickam Tagore, who called it “condemnable”, and Karthik Chidambaram who wanted the Central Industrial Security Force (CISF) to respond to what she called “outright ridiculous.” Some BJP supporters criticized her as anti-Indian if she raises any question against the federal government. But it is not only for Kanimozhi that a security force officer asked if you are Indian, it is also shocking to those who read that tweets especially the Tamil rationalists.

Start with Gujarat if you can: TRS dares BJP to ‘impose’ Hindi across India