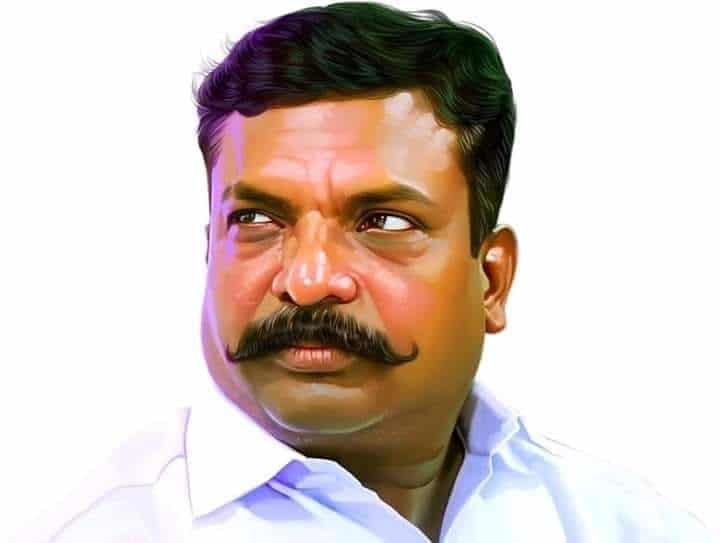 Viduthalai Siruthaigal Katchi MP Thol Thirumavalavan’s demand to ban the Manusmirti, the ancient book of Hindu laws, have sparked a row with the members of Hindu right-wing Bharatiya Janata Party (BJP) seeking his apology for his alleged remark that Manusmriti denigrated women.

BJP workers on Tuesday staged agitations across Tamil Nadu demanding that Thirumavalavan apologise for his remark. The VCK cadres countered it by flash protests and they allegedly attacked saffron party office-bearers at Madurai.

Actor Khushbhu, who quit Congress and joined BJP earlier this month, was arrested by the Chengalpet police on Tuesday while on her way to Chidambaram to take part in a protest against Thol Thirumavalvan.

The VCK leader has been booked by Chennai Police on Friday after a complaint by the BJP. He faces charges under various IPC sections relating to the outraging of religious feeling, the vilification of religion, causing alarm to the public and others.

Thol.Thirumavalavan on Saturday participated in a protest held in Valluvar Kottam in Chennai and said,

“The Manusmriti that divides humans and demeans women should be banned. On September 27, Periyarists in Europe conducted a webinar and I gave a 45 minutes speech. A few groups edited out five minutes from the forty minute video and claimed that I am demeaning women. The Hindutva groups are circulating the false message against me.”

He added that leaders like Periyar, MC Raja and Ambedkar burnt the Manusmriti. Now a century later, VCK is reiterating the demand to ban Manusmriti.

Explaining his words, Thirumavalavan said that he was not demeaning women and requested  women from all segments to listen to the entire speech. He also thanked ‘democratic forces’ and parties who extended support for the protest.

VCK’s allies including the DMK and Congress have supported Thirumavalavan.

In a statement, DMK president MK Stalin said, “Thirumavalavan spoke citing Sanatana-Varnashrama-Manusmriti texts that demean women. This is the outcome of the awareness created by Thanthai Periyar and Ambedkar… It is condemnable that police instead of taking action against the communal groups that has twisted the statement of Thirumavalavan took action against the VCK leader himself.”