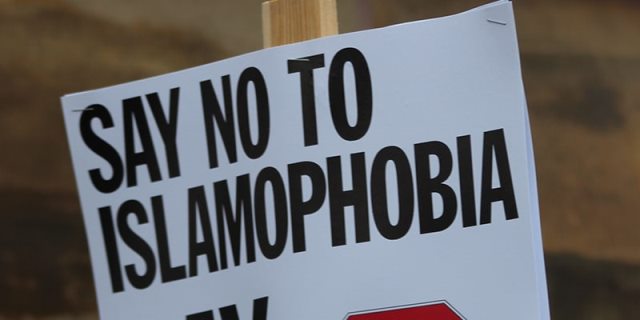 Indian Muslims have, since 2014, been in a state of perpetual reaction—reacting to, among other things, mob violence, lynchings, an intense imposition of nationalism, the CAA-NRC controversy, the Babri Masjid verdict, the beef ban, hijab ban and blasphemy. And now we are facing the threat of an imminent genocide as warned by Dr Gregory Stanton.
We woke up from a deep slumber of comfort and ignorance into a sudden state of reaction and confusion. Yet the approaches adopted by the Muslim leadership, viz. AIMIM, JUH, JIH, AIMPLB, and even the recently banned PFI, have been so lackluster that they are not even worth criticizing. Why are we repeating the same mistakes as did by the Andalusian Muslims before the Spanish inquisition, or by the Uyghurs before China tightened its grip, or even the Rohingyas in Burma? How naïve have we become that we do not recognize patterns of history?

Why is there rampant Islamophobia ?
First, it is important to understand that Islamophobia is not limited to India; it is a global phenomenon. Even the victory of BJP in 2014 General Elections was not due to any Modi wave, but rather a global wave of Islamophobia.

Why does Islamophobia exist? Is it because non-Muslims have the wrong perceptions of Islam and/or Muslims? Reflecting over the motives behind the first Islamophobe, Abū Lahab, we discover that his hatred stemmed from the Prophet’s (saws) assertion of Islam’s being the sole valid path to God.

The true religion with Allah is Islam…Let him who refuses to follow the ordinances and directives of Allah know that Allah is swift in His reckoning. (3:19)

Such an assertion is offensive to a postmodern paganistic world. Islam’s opposition to associating partners with God and its declaration of war against usury are the primary factors behind the global wrath Islam is facing. Another reason still is that after the fall of the USSR and Socialism, Islam stood as the only credible alternative system to modern capitalism.

What will appeasement do for us ?
Prior to the battle of Badr, one of the pagan leaders of Makkah, Utbah bin Rabi’ah, attempted to persuade the Quraishi’ army to return to Makkah and not fight the Muslims, as it had been discovered that the threat they were anticipating from the Muslims was a false alarm. When the Quraishi army appeared, the Prophet (saws) said about Utbah bin Rabi’ah, “Whatever good may be in them resides in the man mounted on the red camel. If they were to obey him, they would be well guided.”

We do affirm that there are among the non-Muslims voices of reason, wisdom, and moderation; however, when the battle is against Islam—an ideological war against the deen of Allah—the voices of reason and moderation are swept aside, and the cries of fanaticism and extremism emerge triumphant.

Upon studying all the genocides committed against Muslims over the past 1400 years—from the Crusades to the Rohingya massacre—we find that although allies have always existed, they have been mostly, if not wholly powerless. Even democratic and legal mechanisms become ineffective when the weapons of oppression are geared toward Muslims. Given this, what should we do in such a situation? The Qur’an answers this question:

Indeed, in the Messenger of Allah you have an excellent example for whoever has hope in Allah and the last Day, and remembers Allah often. (33:21)

As Muslims, in whatever situation we find ourselves, individually or collectively, we have to relate it back to the life of Prophet Muhammad (saws). The answer to our predicament is social engagement through a Sunnah framework, as has been perfectly explained by Imam Omar Suleiman in his piece Faithful Activism (published on Yaqeen Institute). We must ask ourselves: Has our Prophet (saws) ever been is a situation similar to ours own? What was his and his companions’ response in the face of persecution?

Did they try to appease the pagan chieftains like Mahmood Madani and Asaduddin Owaisi desperately try to do today? Or did they join the ranks of non-hostile disbelievers like Azam Khan and Ghulam Nabi Azad? Or did they, —God forbid—, forsake Islam to protect themselves and win the goodwill of their oppressors like Wasim Rizvi? Indeed, we have to engage collectively with non-Muslims; however, without a Sunnah Framework, we will be forced into a position where the most fundamental tenets of Islam will be compromised.

Furthermore, the Muslims later weaponized the same belief in tawheed that instigated the Makkan pagans to persecute them Muslims, in their resistance against their adversaries. Pure monotheism became a shield in the passive resistance of the companions. It is said that Gandhiji found influences for his methodology of non-violence and passive resistance from the Makkan phase of Prophet Muhammad’s (saws) Seerah.

We must therefore proclaim the truth with full conviction and bear its consequences until either the icy hearts of the oppressors melt or we are forced to emigrate in the way of Allah.

Why is the Sunnah Framework so Crucial?

If undertaken in an appropriate manner, dawah can rattle the foundations of an unIslamic system. It is so forceful that the system would use its every resource to silence you. The Quraish offered the Prophet (saw) leadership, wealth, women, and permission to pray individually as much as he wished—all upon the condition that he ceased inviting people towards his religion.

A society’s economic system is determined by its political makeup, the political makeup is organized by a society’s social order, and the social order is a direct reflection of the beliefs, values, and morals of the society. In dawah, we openly challenge these beliefs, values, and morals, thus shaking the core foundations of the society. When challenged by Islam, the threat to the socio-political and economic order is even more severe, and all establishments are, despite our own ignorance of it, aware of this fact.

To conclude, it is incumbent on us to supplant our angry reactionary activism and apologetic appeasement politics, with dawah and adopt a Sunnah Framework. However, we certainly must not, nor are even required to compromise our ideals in order to work together with the kindhearted non-Muslims for the greater good of humanity. Doing so will make us loose the help and goodwill of Allah.