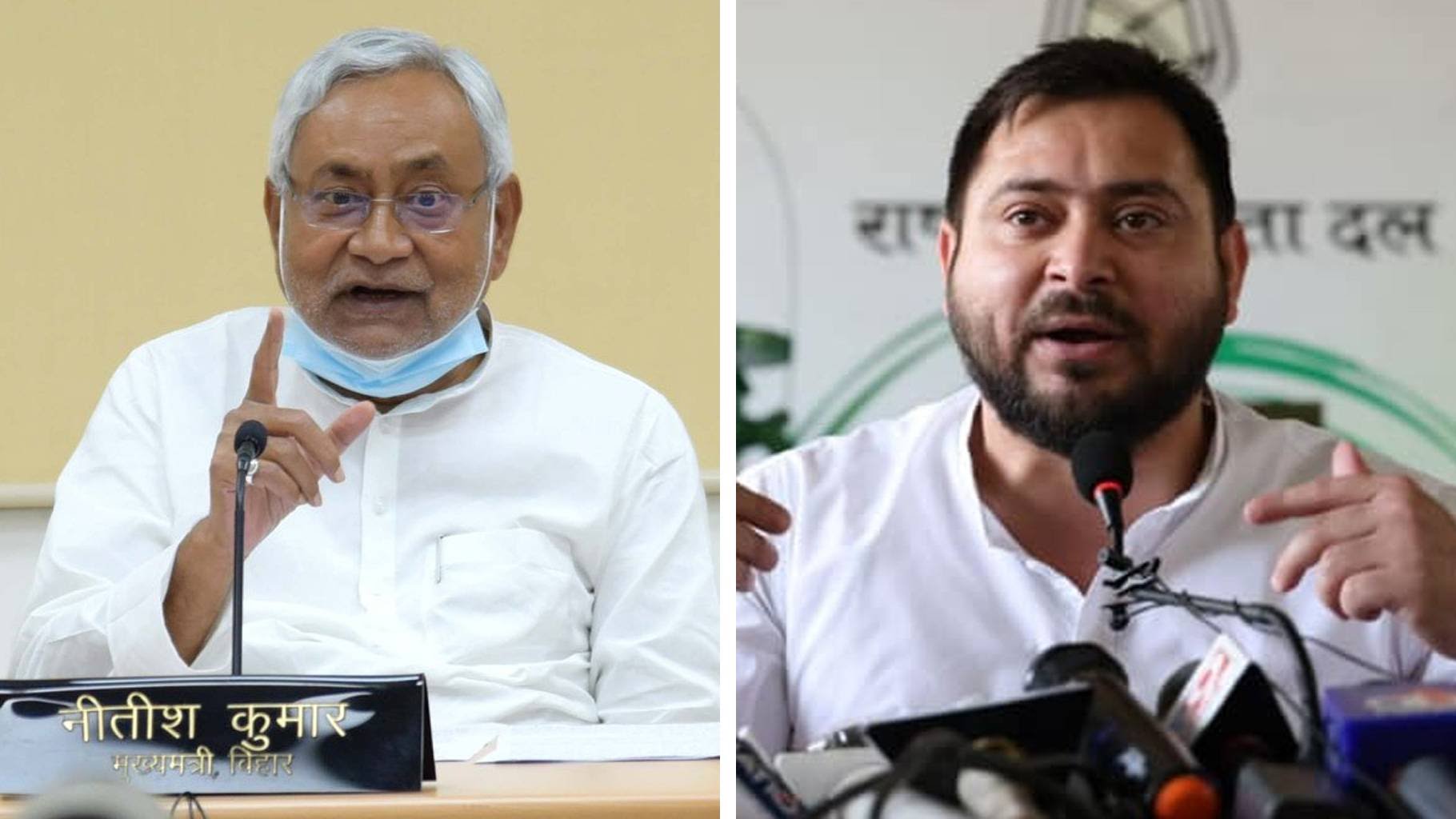 RJD leader Tejashwi Yadav on Sunday slammed Bihar Chief Minister Nitish Kumar over FIRs registered against two reporters, asking why he was scared of those “highlighting the ground reality and truth”.

The two comprised a reporter from Buxar who cited alleged fraud in the inauguration of an ambulance by Union Minister Ashwani Kumar Choubey and a reporter from Gaya, who sought to focus on alleged wrongdoings in a local hospital.

“Nitish Kumar has started a new trend in Bihar. His government is registering FIRs against honest reporters who are responsible for highlighting ground reality and truth of Bihar. The fake ambulance inauguration of Union Minister Ashwani Choubey was discovered by the reporter of a private news channel, who was booked for his report,” Tejashwi Yadav said.

Union Minister Choubey had virtually inaugurated an ambulance on May 15, but reporter Umesh Pandey said that he had allegedly inaugurated the same ambulance thrice before.

Tejashwi Yadav, in a tweet, said that the minister had paid the ambulance owner for a day to bring the vehicle to the venue so that he could flag it of, and after the virtual inauguration, the owner had taken the ambulance for private work.

As per the norms, the inaugurated ambulance by the local MP should be handed over to district health department, he said.

The FIR against Pandey was registered on May 23 by Parsuram Chaturvedi, the BJP candidate from Buxar in the 2020 Assembly elections, under various sections of the Indian Penal Code for “defaming” the image of Choubey and the BJP.

Ranjan Kumar, a reporter of Hindi daily newspaper, was booked on May 25 under the IPC and the Epidemic Disease Act on a complaint by Magadh Medical College and Hospital’s Medical Superintendent for entering the Covid ward without permission.