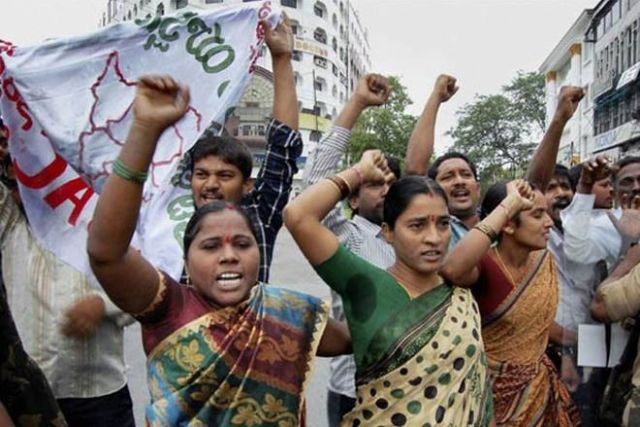 Hyderabad : Scores of activists were taken into preventive custody across Telangana as a Joint Action Committee (JAC) is gearing up to stage the “Million March” on Saturday to expose the failures of the K.Chandrasekhar Rao government.

The Left parties have supported the JAC’s call. However, the city police has denied permission for the rally.

The JAC chairman professor M. Kodandaram announced that the march would be held defying the police order.

A total of 6,000 police personnel have been deployed across the state.

The police have surrounded Kodandaram’s house in Secunderabad’s Tarnaka area.

Special police forces, including rapid response teams, have been deployed at the Osmania University, the hotbed of the Telangana movement till 2014.

The first “Million March” was held on March 10, 2011, to highlight the demand of the people of Telangana for a separate state.

As crusader of the movement, Chandrasekhar Rao supported the event.

But, this time, the event is against his rule.

“Just because they have the power, they cannot suppress the right of the people to protest”, Kodandaram had said.

Muslims didn’t communalise when a Hindu killed a Muslim woman, raped her daughter and killed her six family members