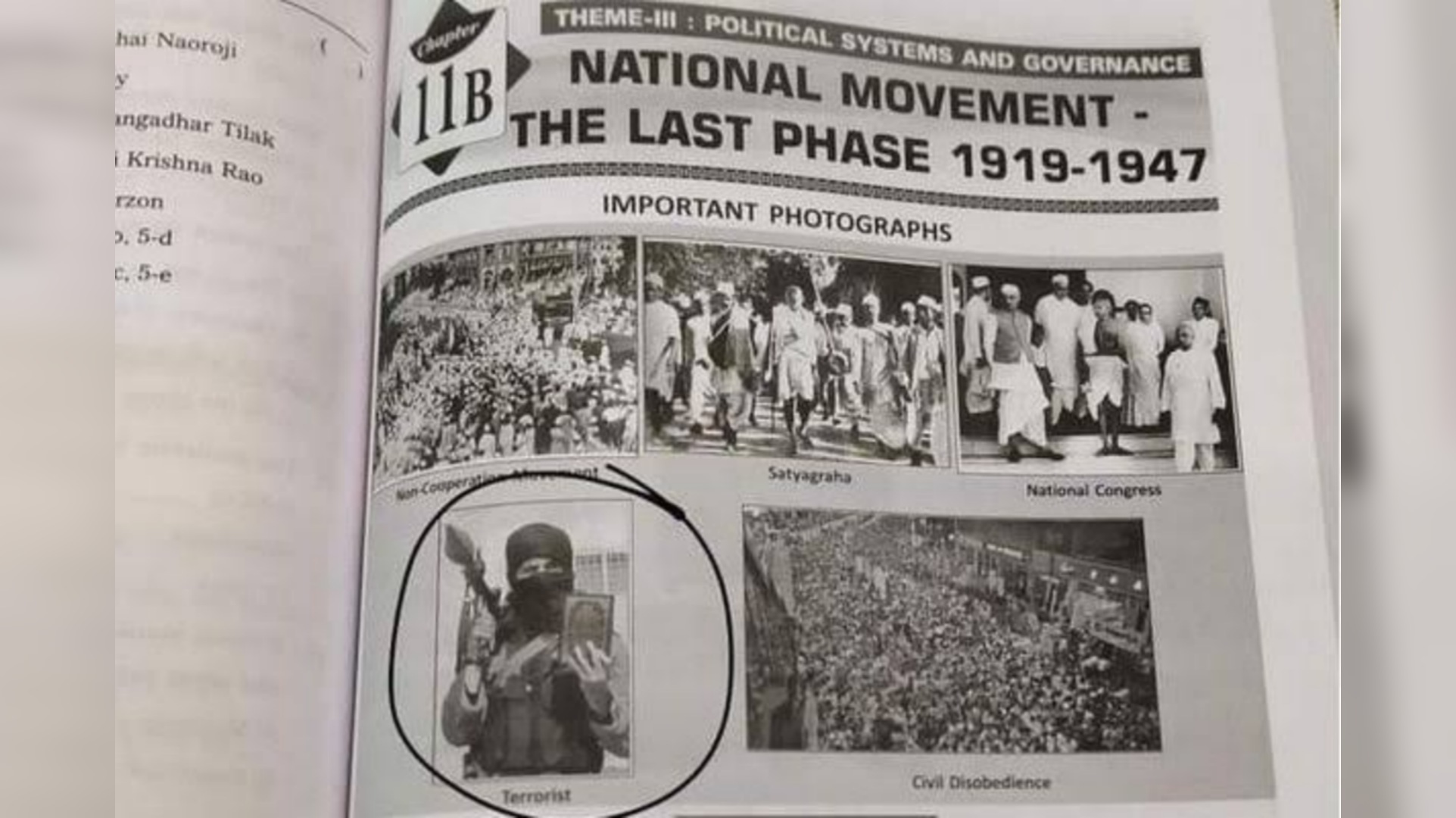 HYDERABAD:  The Students Islamic Organisation of India (SIO) has demanded that the Telangana government should immediately delete ‘Islamophobic’ content in Class 8 school textbook.

The SIO Telangana chapter took strong exception to a picture published in the ‘Question Bank’ for the Social Studies (English medium) of the Class 8.

The picture of a ‘terrorist’ shows him holding a rocket launcher in his right hand and carrying holy Quran in his left hand. It was published in the chapter ‘National movement – the last phase 1919-1947’.

“It is creating and propagating stereotypical, hateful and Islamophobic view towards the Muslim community, by showing a person holding a gun in his right hand and the holy Quran in left hand. It is a discriminatory and hateful content which destroys the harmony, unity and integrity of the society,” he said.

The organisation said peace must be infused in the minds of students through peace education, and peace curriculum in educational Institutions. It demanded the education ministry not to approve such distracting content and take actions against such irresponsible and propagandist behaviour.

The SIO demanded that the publishers immediately delete the toxic content and republish the edition.

Meanwhile, the publication evoked strong reaction from many on social media. Citizens wondered how a secular government in Telangana allowed such content in school curriculum. -IANS