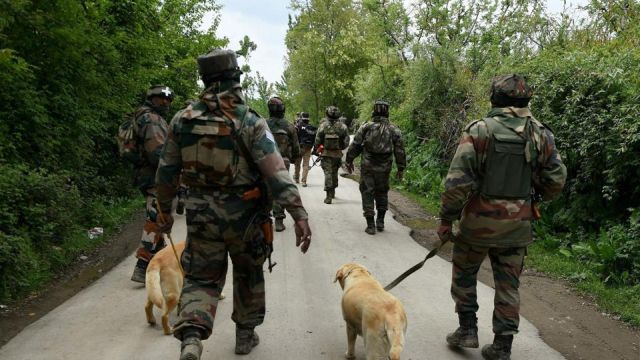 Srinagar : Spontaneous protests broke out on Saturday in north Kashmir areas after three local LeT militants were killed in a gunfight with security forces in Sopore town, with three persons injured in firing during clashes.

Three local LeT militants, identified as Danish Ahmad Dar of Sopore, Abid Hamid Mir of Bandipora and Javid Ahmad Dar of Baramulla town, were killed in a gunfight with security forces, which included state police, army and the CRPF, in Amargarh area of Sopore town.

One police constable was injured in the gunfight. His condition was described as stable by doctors.

Hundreds of mourners attended the funeral processions of two slain militants in Bandipora and Baramulla districts.

Security forces did not intervene to stop the funeral processions of the slain militants in Hajin area of Bandipora and Khanpora in Baramulla town after the bodies were handed over to the families.

Authorities imposed restrictions in the old town areas of Baramulla as a precautionary measure.

Protesters also engaged security forces in clashes in Sopore town and at three other places in north Kashmir areas.

An army escort vehicle was attacked by stone pelters on the highway near Anantnag town.

The occupants of the escort vehicle fired in the air to ward off the protesters.

Authorities closed schools and colleges in Sopore, Baramulla and Handwara in addition to suspending mobile phone services and Internet facility in north Kashmir areas, as a precautionary measure.

The Internet speed both on mobile phones and fixed landline broadband connections was brought down to 2G from 3G and 4G.

Mirwaiz Umer Farooq, the senior separatist leader who continues to remain under house arrest in his city outskirts Nigeen residence in Srinagar, has criticized the government’s decision to close educational institutions and suspend Internet services whenever they face a law and order situation.