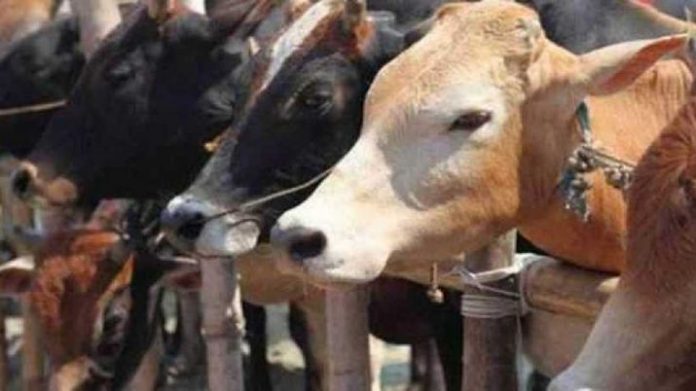 Hyderabad: Tension prevailed in the Karmanghat area after some people tried to stop transportation of cattle, leading to a clash between two groups.

Police sent additional forces to the area and brought the situation under control on Tuesday night.

Rumours of an attack on a place of worship spread through social media which heightened the tension. Senior police officers rushed to the area and dispersed the mob, which had gathered after receiving messages about an attack.

The incident occurred when a group of youth claiming to be gau rakshaks tried to chase a truck carrying the cattle in Hyderabad on Tuesday. The youth who were in a car alleged that the truck deliberately hit their vehicle. Occupants of both the vehicles clashed leading to a tense situation.

Gau rakshaks alleged that they were attacked by the people transporting the cattle. They staged a protest demanding action against the attackers.

Some miscreants spread rumours of an attack on a place of worship. Senior police officers rushed to the area and pacified the mob which had gathered there. Police said the situation was immediately brought under control and no untoward incident was reported.– IANS