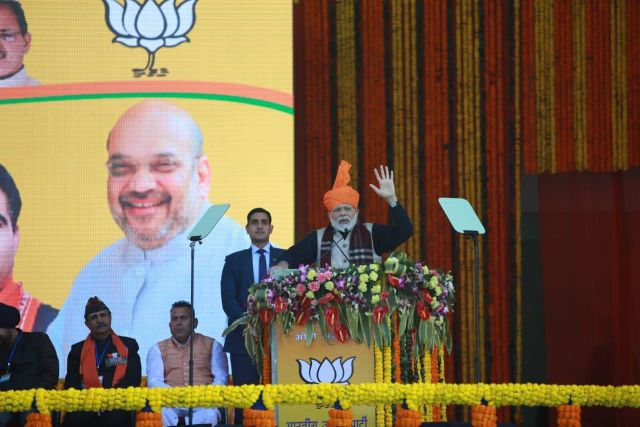 “Our security forces including the Jammu and Kashmir Police have been battling terrorism,” Modi told a public rally in Vijaypur town in Samba district on his arrival here after visiting the Ladakh region.

“I salute martyrs like Naik Nazir Ahmed Wani, Aurangzeb Khan and others,” he added. “Terrorism is now being effectively dealt with in the state.”

Modi said the government was building 14,000 bunkers for the safety of people living along the border with Pakistan to escape frequent firing and shelling by Pakistani forces.

The border residents, he said, led “a tough life”.

“The Central government is committed to protect the honour and dignity of our Kashmiri Pandit brothers. They have suffered due to terrorism.

“This pain has always been in my heart. The promised 3,000 jobs for the Kashmiri Pandits have been rolled out.

“We are committed to democracy. The 70 per cent voter turnout in the recently held Panchayat elections is a victory for the people and the state administration.”