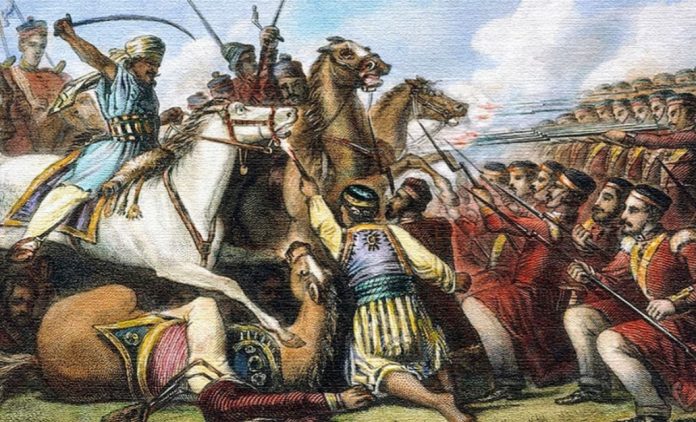 As the chronicles of Indian history record, the events of the late nineteenth century were the beginning of unravelling of the British sovereignty in India. The leaders of the Indian National Congress had unflaggingly, and with utmost nationalistic devotion, kept their pressure for independence from alien rule. A series of laborious and agonizing negotiations ensued. The task for the nationals was hard and daunting. After a long drawn-out struggle and unwavering resolve, the leaders of Indian National Congress prevailed. It was August 1947 that saw the eventual end of the British imperium in India.

What followed the Indian Independence is an interesting saga of evolving sociodynamics. Aspirations and expectations of the Indian society gradually began to surface above socio-economic realities. It was time for self-assessment and introspection. What did it mean to be free from an alien subjugation. Had we realized our dreams?  The national utopia we had envisioned! There was an excruciating awakening that it was not what we had wanted or hoped for. There was a tacit expression in some people of a sense of dissatisfaction and regret. This sensitive segment of the Indian society was the one that seemed to have quietly realized what we had lost in achieving our freedom.  In these people there was a wistful nostalgia for the calm and peace of the British reign.

In place of a promised land of freedom, an entity of a disaffected and demoralized nature was emerging. The people were awakening from their faux patriotism to the harsh realities of everyday life. There was a pervasive feeling of betrayal of the nation’s trust. This despite the fact that Indian netas (political leaders) continued to castigate their countrymen for clinging to the glorious past of the days of the British Empire.

Was life under the British rule a cherished boon or was it a pernicious bane for society? There was ambivalence of opinion at the core of Indian society. There were those who seemed to be reconciled to the idea of a free India as a viable resolution of social strife and conflict that had plagued the nation for hundreds of years of unwelcome occupation and deprivation. These were the people who felt that now the time had come for the nation to partake in the progress and growth of a free country. Time to reclaim and enjoy equitable share in the natural blessings and bounties of the native land.  However, feelings of such nature never had a substantive core.  All this nationalistic zeal was the product of an ersatz culture of patriotism. Everyday realities belied claims of freedom and prosperity. The stark reality of post-independence India revealed a different story.  Under exaggerated claims of achieved happiness and social wellbeing lay hidden pervasive squalor, misery and suffering. All that display of triumphant satisfaction in the wake of the British departure from India was mere illusion and phantasma. Promises of national glory and pride were only a delusion.

In the midst of this sham was the simmering disaffection of sensitive souls. They were aware of the rapidly deteriorating socio-economic conditions in the post-independence India. They felt a sorrowful longing for the tranquil days of British India. For some the struggle for freedom might have been a desirable pursuit but a large segment of population was smitten with a twinge of conscience for being unworthy of the Imperial benevolence they had enjoyed. The British rule in India ushered a culture of enlightenment and liberalism in a society that had been plagued by ignorance, superstition and myopia of the mind. Trammels of regressive customs and conventions had blocked all routes to progress and development. British rule opened vistas of social and intellectual growth for the natives so they could extricate themselves from the morass of social backwardness and fully realize their potential of being a member of a civilised society. The British created a climate of behaviour worthy of a cultured modernity. It was during the British rule in India that great advances were made in the field of education and healthcare. The British prepared the groundwork with sincere dedication and purpose for much needed scholastic revolution and laid foundations on which edifice of higher education could be erected. Not only that, they provided adequate provisions, with endowments from the government, for the perpetual functioning and maintenance of the education system in India. The salubrious impact of such noble efforts continues to sustain the system of learning in India for generations to come. In the field of healthcare the British introduced a system of medical treatment that was made easily accessible to general public. Hospitals and clinics were opened in areas both urban and rural. Medical help was offered with the spirit of devotion and humane concern.

The British Rule in India induced in the community a culture of advancement and helped build the infrastructure of social works and initiated installations of facilities for public convenience. Such efforts helped in shaping the direction of future developments in India. The British, through judicious policies and planning, elevated the morale of the Indian population and infused them with a sense of pride and social responsibility.

The general public enjoyed the fruit of seminal work for public welfare done by the dedicated servants of Her Majesty. It created an environment of concern for each other and mutual respect. Creating social harmony in a society of diverse communities perpetually riddled with conflict and disputes was a task of enormous proportions. The British administration achieved it through equitable management of community affairs. Although the end of British rule in India had a sense of historical finality, people of India were left with wistful memories of palmy days of the Imperial benevolence. There was a spirit of tacit gratitude in the general public for all the good things that the government had done. The acrimony between communities that had been a common trait prior to the Imperial dispensation vanished from the social scene. A climate of geniality and civilised behaviour prevailed. As the time wore on, in the wake of India’s Independence, public opinion began to feel a sense of loss for what had been taken away from them. They missed the days of prosperity and peace they once enjoyed. In the midst of faux pride and gloating over freedom from alien subjugation was an ardent desire to return to that glorious past that now we cherish with fond memories and tender recollection.