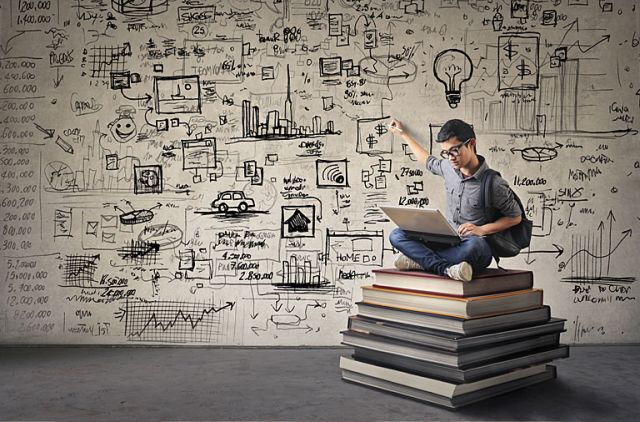 Mumbai : It is important to understand and accept that we are in the era of technology and the demand for an upgraded education system is necessary. The integration of business and technology is an essential one as, with the changing times, it is necessary to dictate the evolution of one’s business model and blend with the current business ecosystem.

Research shows that the Indian education market, in terms of revenue, stood at $97.8 billion in 2016 while FDI in education sector in India stood at $1.4 billion (April 2000-Dec 2016). India has one of the world’s largest higher education systems with enrollments of 33.3 million students in colleges, institutions, across 50,000-plus higher education institutes and 750-plus universities.

The past findings of the ‘Child Population & Literacy Rate’ section of the 2011 Census showed that the gap between the male and female literacy rates fell from 21.59 per cent (2001 report) to 16.68 per cent in 2011. States and Union territories like Kerala, Goa, Daman and Diu, Tripura and more attained literacy rates of 85 per cent and above.

Let us now fast-forward to the current times and see the school-going population in India and the opportunity it provides.

According to Technopak report released in 2016, the current value of India’s education market is $100 billion. The key findings include:

While higher education occupies 15 per cent of the business market, textbooks, e-learning and allied services comprise 28 per cent while vocational education in manufacturing and services occupy five per cent with K-12.

These points reiterate the fact that more and more students are enrolled in schools today to get a formal education. According to the Annual State of Education Report (ASER) surveys, one of the most striking trends in Indian school education is the increase of private sector participation with an estimated 300,000 private schools with 40 per cent of the total student enrolment.

Private enrolment in elementary schools is approximately 35 per cent and over 50 per cent at the secondary level. Studies show that upward of 75 per cent of children in cities are attending private schools and interestingly, this trend holds true in rural India as well.

The ASER shows that enrolment in private schools at the elementary in rural India has increased from 19 per cent to 29 per cent.

Why the education sector:

Starting any business is a daunting task. Every entrepreneur wants to have a business that gives guaranteed returns. Education is one such industry, only because there is a high demand for quality education and the number of good schools is limited.

Years back, schools were run only by the government or we had convent schools where fees were minimal. There were very few single property private schools. As policies change over the years, so do the scenarios. There are various private schools that have taken the franchise route; they offer varied options to parent’s right from different boards to fee points to facilities to a holistic curriculum. Parents now prefer to send their children to private schools as they use the latest technology and have worked at upgrading the syllabus and teaching methodologies.

(Seshasai K.V.S. is the CEO of Kangaroo Kids Education Ltd)

Hindu right-wing groups ask bus drivers not to stop at Muslim dhabas in Gujarat, warn them of ‘consequences’