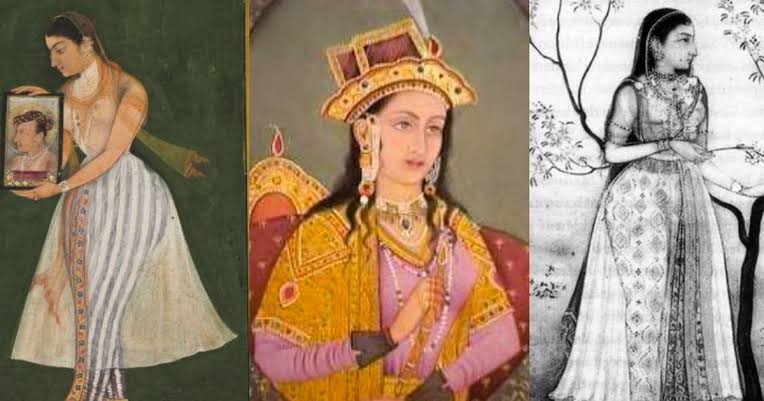 NEW DELHI:  Nur Jahan, the alcoholic Jahangirs ambitious wife, was the finest example of the tradition of talented, powerful and entrepreneurial royal women of the Mughals, started by the now-in-the-spotlight maternal grandmother of Babar.

Not only was she the officially designated co-sovereign, she also left behind architectural gems, Itimad-ud-daulah’s tomb in Agra inlaid with semi-precious stones being an elegant example. A contemporary Dutch merchant, Francisco Pelsaert, wrote adoringly of the pleasure gardens and palaces that Nur Jahan had commissioned – “such that no one has seen before”.

The empress also introduced new textiles – silver-threaded brocades and lace, for instance – and got the rich-looking yet inexpensive Nurmahali wedding dress designed for poorer families.

These are enduring legacies of Nur Jahan. She had become so powerful that her son, Shah Jahan, confined her to a garden palace in Lahore, far removed from the imperial capital, with a pension of Rs 2 lakh a year.

Mumtaz Mahal, Nur Jahan’s niece for whom Shah Jahan got the Taj Mahal built, ironically, was happy to remain a busy mother. That was not true of her daughters Jahanara, who succeeded her mother as the chief queen, and Roshanara, who played a decisive role in the rise of Aurangzeb and even became the de facto ruler during his long bout of ill-health between 1662 and 1668. Both remained unmarried in a tradition followed by the Mughals to prevent the rise of ambitious sons-in-law laying a claim to the throne.

Jahanara, who sided with Dara Shukoh in the struggle for the Mughal throne in the sunset years of Shah Jahan, was, as Swapna Liddle points out, the creator of Chandni Chowk in Delhi. It was she who opened the market in what is now the square opposite the old Town Hall and the caravanserai she got built on the historic street was considered by the French contemporary traveller, Francois Bernier, to be Delhi’s finest building.

Like Mariam-us Zamani and Nur Jahan, Jahanara had strong business interests – she maintained a fleet of merchant ships and traded with the English and the Dutch. She was also a patron of literature and a follower of Sufism, becoming the only person other than her favourite brother Dara Shukoh among the Mughals to adopt the path. She commissioned a number of works on Islamic mysticism and wrote a biography of Moinuddin Chisti. Befittingly, she is buried near the ‘dargah’ of Nizamuddin Auliya, one of the greatest Chishti saints.

Roshanara, unlike her spiritually inclined sister, was more into the good life, reputedly taking on many lovers and hoarding gold, much to the disgust of Aurangzeb, who, after recovering his health, kept her confined to her pleasure garden, Delhi’s Roshanara Bagh, where the Board of Control for Cricket in India (BCCI) was born in 1927.

Unlike her powerful aunts, Aurangzeb’s daughter, Zeb-un-Nissa, immortalised in a watercolour by Abanindranath Tagore, was a tragic figure. A talented singer and poet who wrote under the pseudonym of Makhfi, the ‘hidden one’, she was imprisoned by her father for 20 years in Salimgarh Fort in the neighbourhood of the Red Fort, ostensibly for disrespecting Islamic law in her creative pursuits, but actually for siding with her brother, Prince Muhammad Akbar, in his battle for succession against his father.

A collection of her poems was published after her death and its manuscripts are still available at the British Museum, the National Library of Paris and the University of Tubingen in Germany. Spited in her lifetime and forgotten thereafter, Zeb-un-Nissa survives today in the urban legends of Delhi, which talk about her black-veiled ghost appearing on full moon nights on the ramparts of Salimgarh, reciting her poetry.

Aurangzeb was followed by a succession of weaklings who could barely hold on to the crumbling empire, wracked by rebellions and pillaged by invaders. One of them was Muhammad Shah, better known as Rangila for his penchant for wine, women and poetry, in whose reign Persia’s Nadir Shah captured and plundered Delhi, killed more than 30,000 people, and took home the fabled Peacock Throne.

Even in that twilight, Rangeela’s third wife, Qudsia Begum, a former dancing girl whom the king had romanced and married, took over the mantle of whatever remained of the old empire during the reign of her son Ahmad Shah Bahdur from 1748 to 1756. Both ended up being prisoners of the subedar of Assam, Imad-ul-Mulk, who blinded Ahmad Shah Bahadur and invited the Marathas to Delhi to take over because of the ominous shadow of the Afghan ruler, Ahmed Shah Abdali, looming over the capital.

Qudsia Begum’s legacy survives today in the garden, Qudsia Bagh, which is named after her. It once also had a palace that she had got constructed, but it got destroyed in the Rebellion of 1857. And the Sunehri Masjid, located outside the south-western corner of Delhi Gate, is Qudsia Begum’s lasting architectural bequest to the city once ruled by her.

Babar’s grandmother, Aisan Daulat Begum, played by the inimitable Shabana Azmi in Nikkhil Advani’s Disney+ Hotstar series, ‘The Empire’, was certainly not the last of the feisty Mughal ladies who left their imprints on this history of the country they had adopted and enriched in myriad ways. — IANS