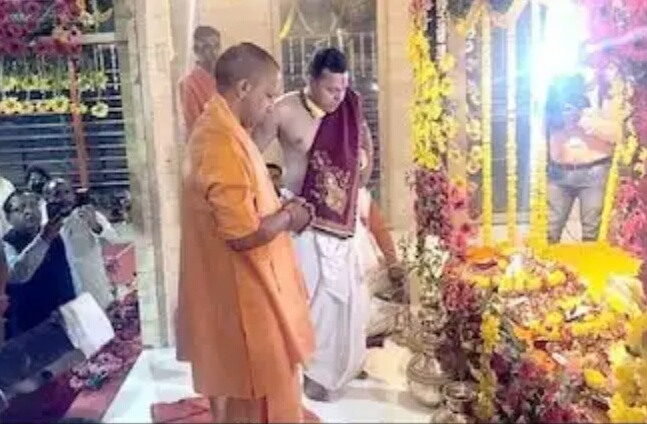 New Delhi : In less than 12 hours after Prime Minister Narendra Modi announced  a nation wide lockdown to control the spread the deadly  Covid-19 Uttar Pradesh Chief Minister Yogi Adityanath was in Ayodhya and participated in an early morning ritual to shift the idol of Lord Ram from a tin shed inside the Ram Janmabhoomi (birthplace) to a temporary structure made of fibre.

The Prime Minister himself announced a countrywide lockdown stressing that it would be strictly enforced.

But the first man to show flagrant disregard to Prime Minister’s announcement was none other than his close party colleague and Chief Minister of Uttar Pradesh Yogi Adityanath.

On Wednesday early in the morning organised a big programme in Ayodhya attended by a large number of dignitaries and other faithful. The programme had been organised in relation to the construction of Ram Mandir.

This raises a serious question. Is the government is really serious in achieving taking steps to stop the spread of Coronavirus or the lockdown is merely a drama to achieve his nefarious design ? If this is not a drama, then why a big leader belonging to the ruling party and Chief Minister of a large state like Uttar Pradesh is not observing the lockdown?

Why was this ceremony for the Ram Temple exempted from curfew? This happened despite the fact that the guidelines issued by the central government clearly says, ‘No religious congregation will be permitted without any exception.’

The first person who flouted PM Modi’s announcement of national lockdown is non other than his own lieutenant Yogi.