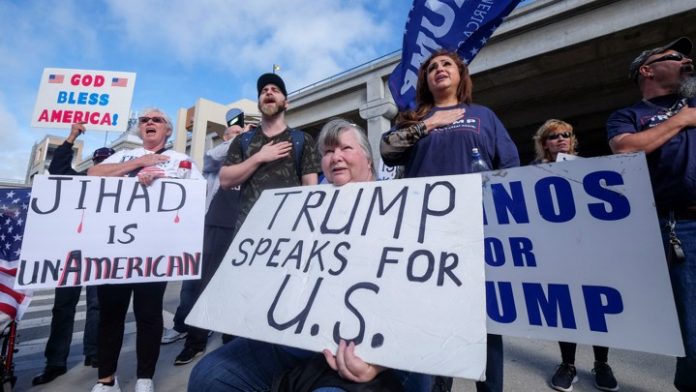 In the wake of recent tragedy in New Zealand against Muslims, it is imperative to address the following questions:

Are there people and groups responsible for Islamophobia? Why are they spreading hatred against Muslims and Islam? What biases have they developed against Islam?

A cursory look at the statements issued by different groups and individuals against Islam and Muslims on a regular basis suggest that the following are the main sources from where anti-Islam propaganda is spreading in the world:

Right wing Christian Evangelical groups. They preach hatred against Islam in their places of worship and declare Islam as evil and Muslims as pagans out to destroy western civilization.

Jewish supremacists and their supporters. they promote hatred against Arabs and Muslims and claim that Muslims are anti-Jewish and anti-Semitic.

White supremacists. They regard Muslims as part of dark races and even those who are born in Caucasian region cannot claim to be white. They believe that God is on the side of White race.

Hindutva supremacists. They believe that their God is only there for them and others are untouchables and consider Muslims in India invaders who must be converted back to Hinduism.

ISIS and Violent Muslim groups. They believe that God has given them license to kill innocents and they use the miseries of Muslim people to hurt innocents.

Buddhist supremacists. They believe that they can claim peace while killing others and want to cleanse Myanmar of Muslim presence.

Democratic and Republican demagogues. They serve multinational corporations and the interests of Israel to earn their livelihood. They have least regard to human rights of those who are not like them.

A right wing and multinational corporation-controlled media that loves to see the blood of innocent spill in the streets so that through its reporting and divisive reporting it can get more advertisement and ratings.

A liberal left that view Islam as a bane of human civilization.

All of them find Muslims an easy target. Because, Muslims still believe in divisions in the name of false divide between Shia and Sunnis and hundreds of schools of thought.

They have learned that hatred towards Muslims can get them elected. They can use any pretext to attack Muslims. They do not realize that humanity is one and every human deserves a dignified existence and it is through respect and love one would create bridges to bring people together.

How should Muslims defend them besides relying on God? They should develop alliances with Jews, Christians, Buddhists, atheists, and Hindus and others who believe in the sanctity of life and who are willing to confront their own to seek dignity for every human being.

This post is part of the thread: Christchurch mosque shootings – an ongoing story on this site. View the thread timeline for more contexts on this post.