The bonhomie between Arab and Israel is no more confined to the corridors of power; media houses too seem to follow – or forced to follow – the same lines. It reflects in the recent move to allow airing a TV series depicting Jews at the expense of Palestinians followed with a quarter page space on the front page of the Arab News, one of the leading dailies of Saudi Arabia, to president of World Jewish Congress (WJC) hail the step aimed at “promoting normalisation” with Israel.

In his first Op-Ed  ‘A quiet revolution is changing the middle east’ in the Arab News, WJC president Ronald S Lauder writes, “In the Middle East, which has lived with too much violence for far too long, peace is within reach and it could  be starting with, of all things, a television show.” Lauder in the write up lauded the Dubai-based, Saudi-owned MBC network for “challenging old taboos” by airing the show Um Haroun  (Mother of Haroun). He calls move an “embodiment of tolerance.”

The series chronicles the life of an elderly Jewish nurse living in the Gulf in the 1940s when Jews and Arabs lived in harmony.

However, the MBC denied that positive depictions of Jews was part of any government mandate. 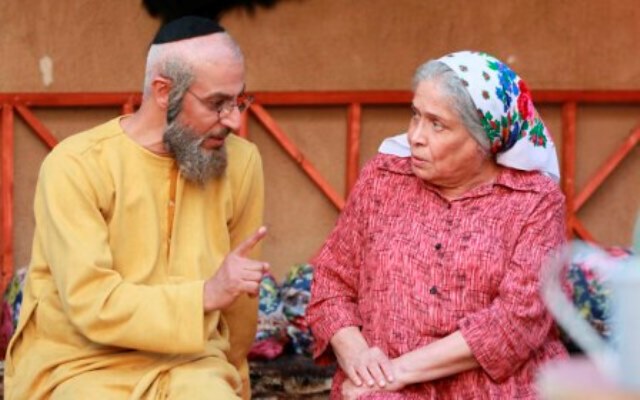 Critics across the Muslim world, however, calls it “a blatant effort” to reshape Arab views in order to pave the way for recognising Israel. Notably, in recent times relations between Israel and Saudi Arabia have quietly improved as they see Iran as a “shared threat”.

In one of the sharpest reactions over the show, a Palestinian journalist told New York Times, “Even in my political nightmares, I did not expect an Arab to dare to speak so openly and comfortably about normalization with Israel. The paper quoted him as saying, “It is frightening, shameful and strange that this is happening.”

However, giving a quarter page space to the WJC president in Arab News is not the normal thing. Notably, the paper and subsequent publications like Alsharq Alwsat was founded by the legendary Hafez brothers of Almadinah.

Khaled Almaeena steered the paper for over 25 years. Arab News was described as the “Green Truth” and he was called the “People’s Editor”

It stood for expatriate rights, women’s development,and social justice. Almaeena was describe as the Ben Bradlee of Saudi Arabia referring to the Washington Post editor.

The Hafez brothers were nationalists too.

Today the paper under a puppet editor, the Lebanese born Faisal Abbas with no emotional and physical links to the Saudi Arabia has become a mouthpiece for the Israelis, Kushner and the “Lobby”.

It promotes indirectly annexation and pours scorn on those Arabs who oppose an unequal settlement.

From what once was a staunch defender of Muslim ideals and causes it is now “an apologist for those who oppose our very own existence” said a Morrocan film critic who has is now writing a history of what was once a great publication.

Mercenaries and PR companies have been hired to the job while Saudi media luminaries have been let go by Faisal Abbas probably at the behest of some higher ups.

Surprisingly the talks of ‘normalisation with Israel’ is being promoted in Arab media houses  owned by ruling class when on May 6 Israeli defence minister has announced a plan for thousands of new Jewish settlement homes in the occupied West Bank.