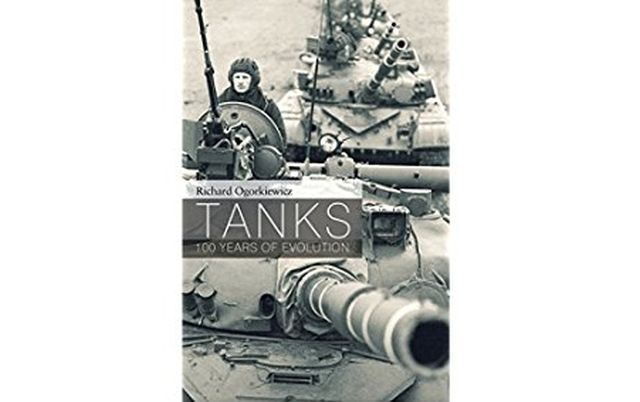 Their looming profile and bristling armaments make them the most easily identifiable piece of military hardware. But tanks, which represent a watershed in the age-old military technology contest between offensive and defensive capacities and mobile and static weaponry, are at their best only when their key attributes are in sync.

Their entire story, which dates from much before they first trundled on to the battlefield in World War I — as this book shows — hinges on the development and interplay of these attributes: Mobility, protection, firepower and communication.

But as Richard Ogorkiewicz recounts here, the development, modification and testing of these attributes not only underlines the evolution of tanks but also of human ingenuity and technology — and stubbornness to change.

Concentrating on mobility, firepower and protection, he presents a “comprehensive account of the worldwide evolution and employment of tanks from their inception to the present day”.

And while this is a story that Ogorkiewicz is well qualified to tell, as one of the foremost civilian experts on tanks, he adds a number of interesting nuggets. Say, the role of major car-makers — Rolls-Royce, Fiat, Daimler, Renault, etc., in the evolution of armoured military vehicles, and unexpected countries with roles in tanks’ history.

Also a long-time independent member of several scientific advisory committees of the British Defence Ministry, the author notes that while tanks’ military importance and general interest have led to a number of books on them (including three authoritative works by him): “There is much more to be said about them, not only because of the more recent developments or because of tanks’ worldwide proliferation but also because of the misconceptions about their origins and other developments.”

He kicks off on this mission by revisiting conventional history of self-propelled, armoured military vehicles, whose origins, we learn, go back further than we thought to the year of Napoleon’s birth (1769) — though this particular venture by a French military engineer got nowhere, nor did the brief revival of interest in the mid-19th century.

Ogorkiewicz shows how the course only began via development of armoured cars in various European armies in the early 20th century — with Italy taking an early lead here.

He then charts the development, the false starts and piecemeal attempts that marked tanks in World War I, before going on to how they faced another problem post-war, when even the victors (save France) reduced the inventories while traditionalist high commands disparaged their contribution or ruled out their independent use.

Recounting how tanks made a comeback courtesy some visionary and dedicated British military theorists — along with the mistakes the country’s military leadership made and their consequences in the next World War — he takes up developments in this field in other major powers: France, the US, Italy, the Soviet Union and Germany, as well as in Poland, Sweden and Japan.

A chapter on development of strategic use of tanks offers a thoughtful prelude to an armoured battle view of the Second World War.

Ogorkiewicz then deals with the changed battlefield after the Second World War, and how tanks survived the onslaught of hand-held — and then more sophisticated — anti-tank weapons. Apart from the five dominant tank powers — the US, the Soviet Union, Britain, France and Germany — he also takes a look at other countries which tried, including Switzerland, Israel and Argentina.

Asian countries, especially China, Pakistan and India, get their own section, in which he makes an incisive summary of Indian armoured forces’ developments, shortcomings and achievements, before offering his assessment of the future and some technical appendices.

Though not a book for the casual reader due to its wealth of technical detail, it gives an expansive look not only at tanks, but the transforming paradigms of war-fighting, which changed from soldiers walking or riding to find and engage the enemy to long-ranging, combined-arms operations. Military buffs, this is for you.