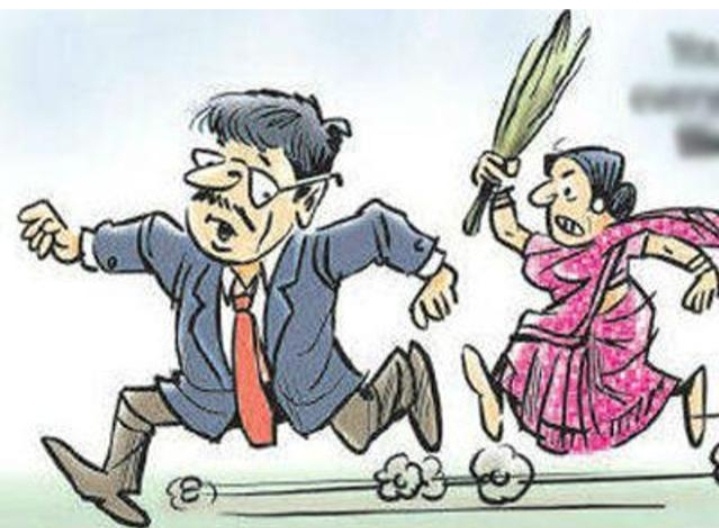 Violence or different discriminatory practices are being practiced ever since the concept of wealth, status and prestige was understood. People at the higher ups have to discriminate so as to meet the expectations of their position. Likely, gender based violence is deeply rooted in every human society at worldwide in the form of gender inequality at social, economic, sexual and physical level. It has become part of noteworthy human rights violations in the world today. In this gender based violation and discrimination, the most preference is being given to women, because it is the fact that from the various governmental and non-governmental reports and studies shows that the most victims of violence and discrimination have been women, it is true, but we cannot deny the violence and oppression of women on men. If there is overt patriarchy and its effects are visible, there may be covert matriarchy as well. It depends at which point of time and space one is discussing. In most cases, it is often seen that domestic violence (some kind of noteworthy physical harm) against men is only noticed when they were a celebrity/politician or highly respected person. Both arenas need thorough analysis so as to understand the severity of the dominance and subjugation.

A study conducted by the UN in a couple of years ago (2016) has revealed shocking statistics of domestic violence on husbands. These figures indicate that domestic violence is the most frequent in Egypt, while UK stood second followed by India.

European Commission defined gender based violence is ‘a violence directed against a person because of that person’s gender or violence that affects persons of a particular gender disproportionality’ (Source: https://ec.europa.eu/info). Article 15 of the Fundamental Rights of the Constitution of India also ensures that the no citizen shall be discriminated against religion, race, caste, sex or place of birth. The nature of these gender based violence are physical, social, sexual, emotional, psychological, economic and etc.

Patriarchy has been going on for centuries in Indian societies. From time to time, some intellectual women started agitation and movements and raising their voices in order to end this patriarchal power (which is dominated over women’s) and to give equal rights in society to the oppressed (socially, economically, physically, sexually etc.) women for years. As a result of these movements, to prevent atrocities against, various organizations were formed such as- Self Employed Women’s Association (1972), North East Network (1995), Azad Foundation (2008) etc.

The violence, harassment and discrimination perpetrated by women on men in this deep rooted patriarchal Indian society may seem a bit shocking and unbelievable, but it is true. In this regard a study was done by Jagbir Singh Malik and Anuradha Nadda in 2012-13. They selected 1000 married men randomly between the age group of 21 to 49. The result of their study revealed that 52.4% of men experienced gender based violence. Out of 1000, 51.5% men experienced violence at the hand of their wives and intimate partners at least once in their lifetime and 10.5% experienced violence in the last twelve months. In their study, they found that the most common type of spousal violence was emotional violence, i.e., 51.6%, followed by physical violence, 6%, and only in one-tenth cases, physical assault were severe. In 2015, there was total 1,33,623 suicides in India were reported, among them 91,528 i.e., 68% committed by men and 42,088 i.e., 32%, by women, according to a report was published in The Hindu newspaper through the National Crime Records Bureau (The Hindu, 2018). In the same year 2015, the data of the National Crime Records Bureau also show that 86,808 married people who committed suicide, among them 64,534 i.e., 74% were men and the rest of the women.

In a study report (2020), found that most men feel ashamed to file a report of domestic violence (which is done by wives to husband), as there are no laws or authorities to report. And if he reports then try to make him accuse in false cases under the IPC 498A/PWDVA 2005. In fear of these men have to keep quiet and avoid it. This study also stated that ‘nearly 70% of all suicide deaths in India involve male. The number of suicides by men has risen from 66,032 in 2000 and 80,544 in 2008 to 91,528 currently. The number of male deaths from suicides is nearly double than that of females’ (D’Souza, R. Et al., 2020). This study shows that an increase in suicide rates of men is a matter of concern.

Mr. Kumar Jahgirdar who is a founder and president of an NGO called ‘Child Rights Initiative for Shared Parenting’ (CRISP) said that this country is biased against men and more men commit suicide than women. Every talks about suicide of married women while no one talk about the suicide of married men. There is scores of men end their life due to false dowry disputes every year. In the case of dowry, the Supreme Court of India noted in July 2017 that the law is being increasingly misused by some disgruntled wives to frame their husbands and their relatives and there are 80% of all dowry cases in India end in acquittal. A very famous case of dowry is of Nisha Sharma, who was to be married to Munish Dalal in 2003 in Noida. This case started in 2003 when Nisha Sharma accused her future groom Munish Dalal of demanding dowry. This case was received National and International fame through coverage of the media. Through this case, Nisha Sharma emerged as a role model for other women in society. After a long period of nine years, in 2012, while court delivering its verdict, acquitted all the accused. The court found that she had made dowry allegations to get out of the marriage. This shows how the anti-dowry law of the IPC 498A is being misused in Indian society. Just as innocent people face bogus lawsuit under the guise of dowry law, similarly in the case of ‘triple talaq’ law which is recently implemented by the government of India is also set to be misused in the coming days.

Data from the National Crime Records Bureau shows that on an average, around 100,000 cases are reported annually in India under Section 498A. In 2011, the conviction rate was 20% against men, it decreased to 14% in 2015. According to this data, the difference in the rate of conviction is proof that a large number of people are registered under section 498A in false cases.

Further Mr. Jahgirdar said that ‘a lot of fathers committing suicide because they are not able to meet their children’ (The Hindu, 2018) after the separation of their wives. He stresses that men are more vulnerable than women because more men commit suicide than women. He also emphasized that, there is a need to form a National Commission for Men also in India.

From the above evidence and facts, in my opinion, there is a utmost need to form a National Commission for Men on the line of the National Commission for Women, where the men trapped in the wrong and false charges can also be heard properly. It is also necessary to provide provision for the men’s helpline 24×7 on the basis of women’s helpline 24×7, so that they can file their first information reports of gender based violence and discrimination committed by women.

In today’s changing society, all intellectuals and activists, writes and speaks about the atrocities against women on gender violence, harassment and discrimination only, whereas atrocities on men by women go unnoticed, and women’s taking advantage of these things and under the guise of law, men are being falsely implicated by women. The government of India needs to take a strong and appropriate step to prevent the atrocities being perpetrated on men by women implicating them in such a false allegation, so that they can get equal justice in this rapidly changing society.